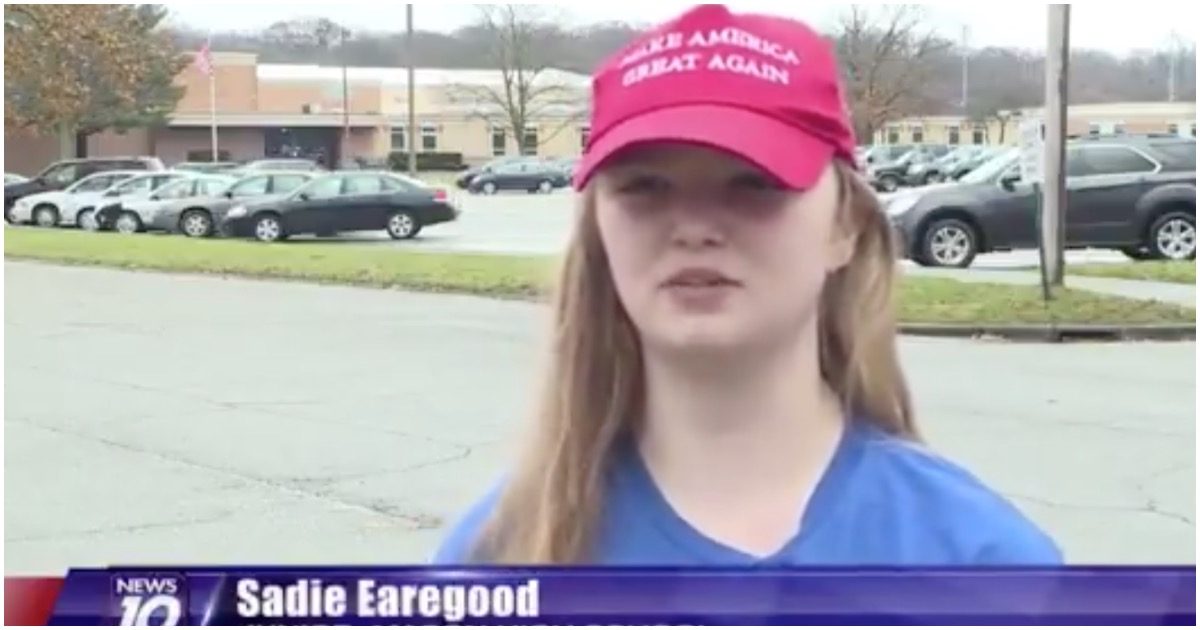 Roe v. Wade lead to the breakdown of the traditional American family lead to the rise of radical femininazism lead to beta male country. This is where we now live.

America is inundated with feminine males thanks to liberal ideals which tell girls to be more masculine and boys more feminine. It’s not only wrong, it’s absolutely backward.

Check out the story about this beta male high school teacher who assaulted a 16-year-old Trump-supporting girl, via WILX:

A Mason High School student turned to the police alleging a teacher assaulted her during school hours because she supports President Donald Trump.

Paul Kato is the media technology teacher at the high school. Students say that he has not been in school since the alleged incident on Dec. 5, but Mason Schools has not confirmed that.

Earegood claims she was assaulted by Kato when he ripped her “Women For Trump” pin from her shirt.

A male teacher is under investigation by police in Michigan for assaulting a 16-year-old female student, Sadie, over her #WomenForTrump pin.

“He grabbed it and I pulled and I tried to push his hand away and he grabbed my shoulder.”

A male teacher is under investigation by police in Michigan for assaulting a 16-year-old female student, Sadie, over her #WomenForTrump pin.

"He grabbed it and I pulled and I tried to push his hand away and he grabbed my shoulder."