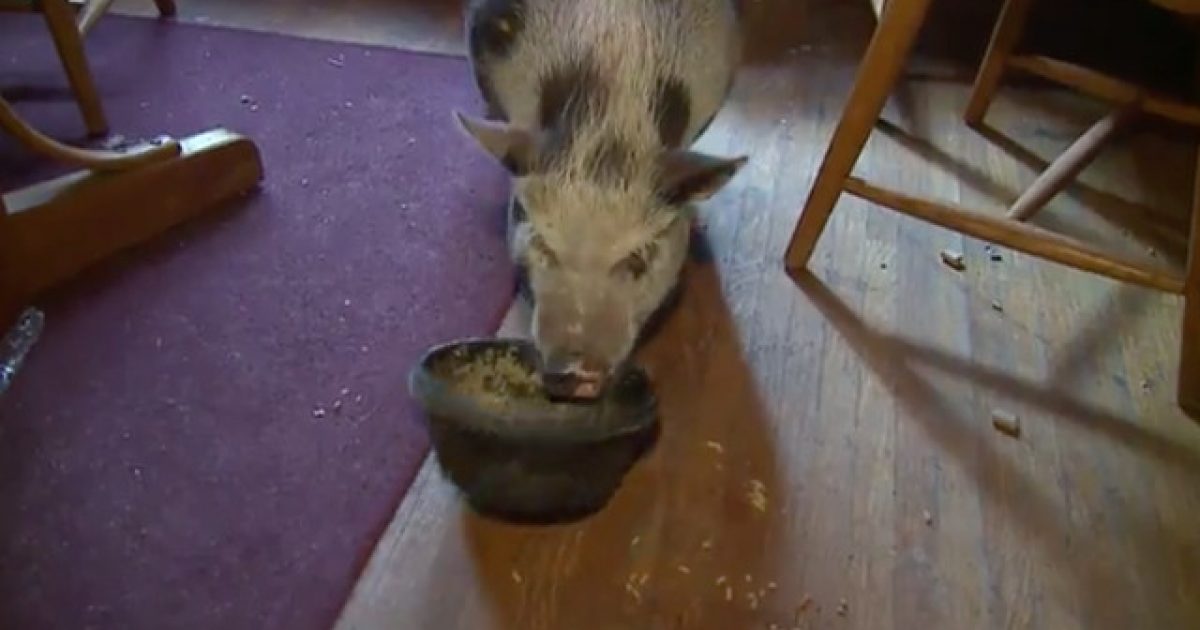 It’s now the weekend folks, and as such, it’s time to let your hair down and let go of the scowl the work week produces — and the news cycle if we’re all being honest — and learn to laugh a little.

Which is exactly the kind of response this story should produce, so enjoy!

Anyway, a man broke into a family’s home in Indianapolis this week and got the shock of a lifetime after meeting their protector and guardian of the home: a pet pig.

Yes, a burglary was thwarted by a pig. This. is. AWESOME.

Police say the crime may have been thwarted by a pet pig. The would be thieves smashed their way into the home through the back door.

“They completely damaged my door. The entire door is ruined,” said the homeowner.

That homeowner asked not to be identified, but the single mom with four kids says the family wasn’t home at the time of the break-in.

“It’s scary to think about what if my kids and I would have been home,” she said. “It’s definitely terrifying you don’t want anything like that to happen.”

Because the would be thieves didn’t actually steal anything, police suggested the criminals have may been scared away by the family’s pet pig, Dumplin.

“The officers were guessing when the person broke in they were probably surprised I had a pig and were like, ‘We don’t want to deal with this,’” said the homeowner. “The cop was like we definitely think they got in and made it to where Dumplin was and thought, ‘Nope. We don’t want no part of this.’”

Dumplin is a rescue pig, as the family saved the swine earlier this year.

Unfortunately, break-ins near Michigan and Sherman in Indianapolis are nothing out of the ordinary. There have been at least three home burglaries on the same day just two blocks apart.

Dumplin and his family just moved to the home a few weeks ago and are already experiencing this sort of trouble. Terrible how bad cities are getting these days, thanks in large part to the failed policies of the left.

But that’s a different story for another time.

Pastor Asks Folks to Pray for Trump on Podcast. iTunes Response is Deplorable.

Who’s Been Financially Backing Ocasio-Cortez? The Answer May (Not) Surprise You