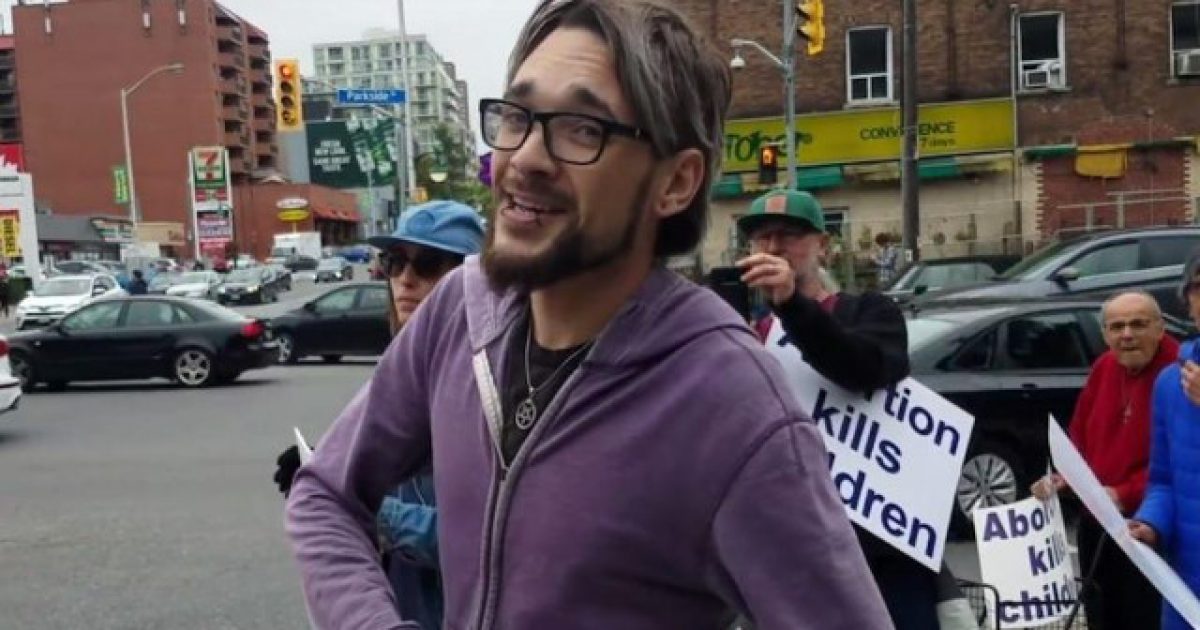 A man was caught on video in Toronto delivering a roundhouse kick to a pro-life woman in a silent rally last weekend. Gee, what happened to all that tolerance we always hear so much about from the left? Guess it’s just a myth.

Anyway, his salon found out about his antics and handed him the gift that keeps on giving: a pink slip. Poor fellow. He’ll no doubt attempt to find some way to make himself the victim in the situation, despite the fact he assaulted another human being.

“It has been brought to our attention that Jordan Hunt has been caught on camera assaulting an innocent bystander at a pro-life rally. We don’t condone his actions, and he has been let go,” Noble Studio 101 noted in an Instagram post Wednesday. “We believe that everyone has a right to an opinion and the right to voice their opinion without fear of physical violence.”

Toronto police told Global News on Wednesday evening they could not confirm the identity of the man in the video and that it isn’t clear if Hunt has been identified as a person of interest or if any charges are coming in connection to the incident.

The outlet added that an apparently deleted profile from the business’ website found through an internet cache shows the photo of a man “with the same physical features as the man seen in the video posted online.”

The following is the same image and accompanying bio that Global News said it discovered: 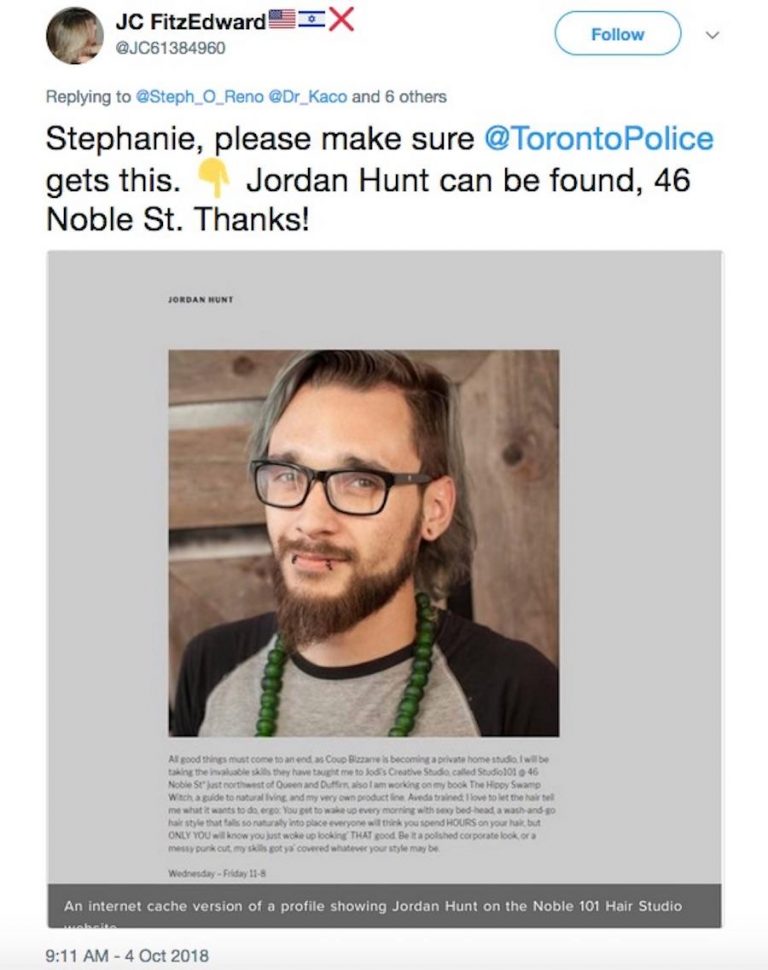 Hunt apparently defaced pro-life signs and scribbled on the backs of protesters — which is also a form of assault — one of which was a 10-year-old girl. Oh, and if you watch the video above, you’ll see he’s sporting a pentagram necklace. Guess he’s a big fan of the guy downstairs. Now it all makes sense.

How sickening is this garbage? A man is willing to assault other human beings just so folks can have the right to murder pre-born children in the womb. It’s beyond disgusting and this chap ought to be horrified by his wicked worldview.

It’s encouraging to see pro-life activists sticking up for the unborn all across the world. Keep up the good fight! It’s worth it in the end.