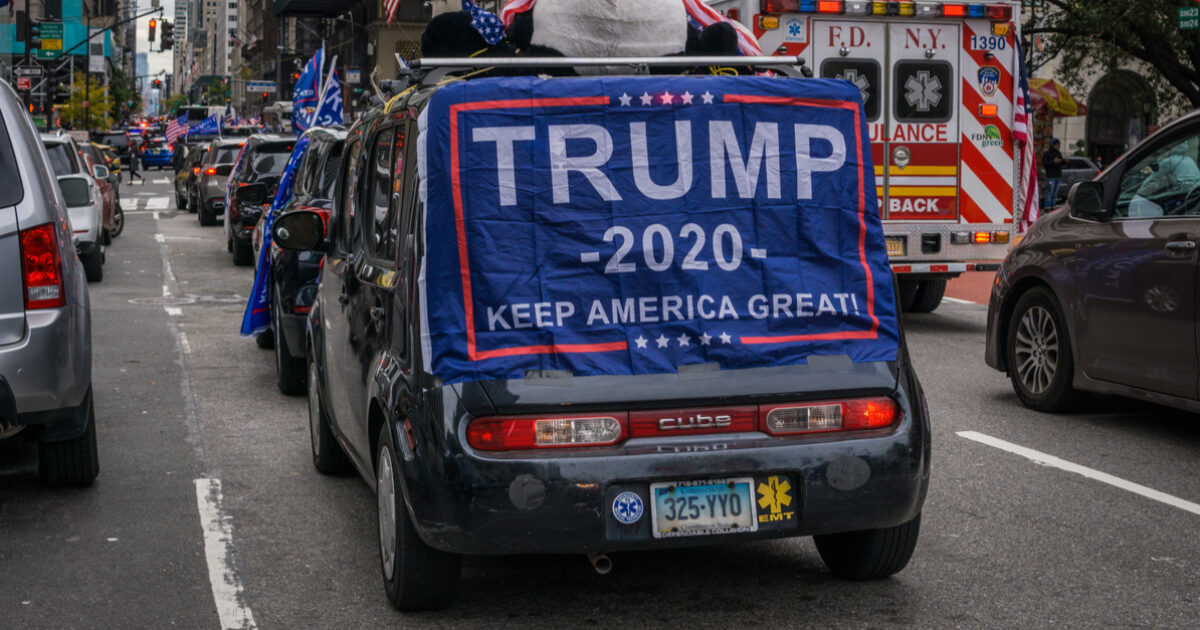 The uniqueness of the American experience can be attributed almost fully to the First Amendment’s guarantees on the subject of free speech.

Never before had a major nation taken this for the people sort of stance, and we have forged the mightiest of nations through the telling of our personal truths.  It’s incredible, really, and it pains true patriots to see that freedom besmirched in any way.

Michael Wasserman claims Long Beach authorities are trying to “silence” him simply for being a Trump supporter.

The 62-year-old businessman is well-known for plastering pro-Trump flags and stickers on his home and two cars.

Now, the hardcore conservative has filed a $25million federal suit against the City of Long Beach, the chief of police, the city manager and a raft of police officers after officials ordered him to remove the paraphernalia on his cars.

“I believe the city is trying to silence me because I’m pro-Trump,” he told the New York Post.

The way in which the city is massaging their own laws to target Wasserman has been a point of contention as well.

Local authorities claim Wasserman’s signage violates an ordinance that “[No] sign shall be erected, affixed or maintained within the perimeter of any … public street or public property”.

Wasserman parks his car on a public street outside his home.

“It’s not a political case. It’s not the contents of the message. it’s where he had it — it’s a public street.”

Of course, the implication here is that any political message on any car on any public street should now be forbidden, and there is not a single doubt that the enforcement of such a policy would be an incredible waste of taxpayer resources the likes of which even the greediest of lawyers won’t be able to deny in court.