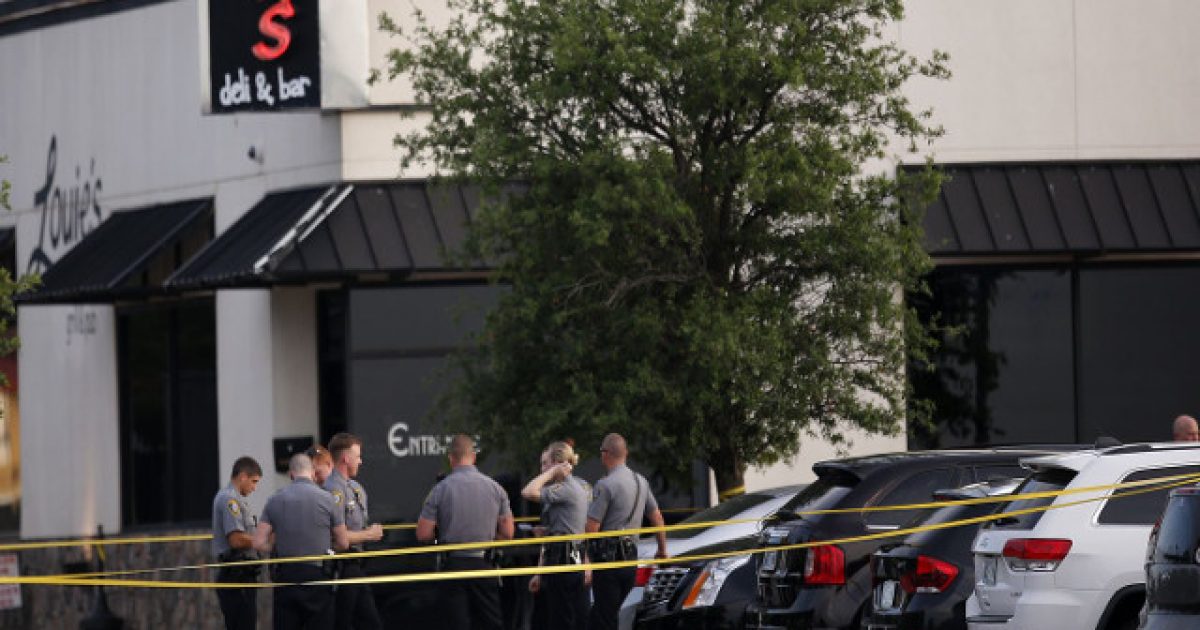 A man walked into a crowded restaurant Thursday evening and opened fire, shooting two customers, but while the bad guy walked in the door expecting to carry out mass carnage, there was one thing he wasn’t counting on encountering.

A good guy with a gun.

A citizen who happened to be armed in the restaurant pulled his weapon and exercised judicious marksmanship to put the shooter down before he could do any further damage.

The incident started as officers got called to Louie’s restaurant at Lake Hefner Parkway and Britton Road at about 6:30 p.m., according to KOKH.

Two people were shot by the gunman at the restaurant.

The shooting victims were taking to OU Medical Center in stable condition and are expected to survive.

The FBI is assisting Oklahoma City PD with the investigation to help determine a motive, which is unknown at this time.

Lake Hefner shooting update: A man walked into the Louie’s restaurant and opened fire with a gun. Two people were shot. One person has been taken to a hospital with serious injuries. A bystander with a pistol confronted the shooter outside the restaurant and fatally shot him.

I am in touch with the City Manager & the Police Chief. As OCPD has reported, the suspect is dead. OCPD asks that everyone avoid East Wharf tonight so that they can complete their investigation at the scene. https://t.co/0B2umP8cJz

We hear this over and over as the left attempts to justify passing more strict gun control laws, knowing full well the laws on the books already don’t work. The bottom line is they are wanting to take our guns and since a measure doing so outright would never pass, they want to try doing it bit by bit.

What would have happened had this citizen not been armed? A lot more people would’ve died. After all, most bad guys don’t buy guns legally, so banning them wouldn’t stop this stuff from happening.

Unfortunately, this is a point the left just doesn’t seem to understand at all.