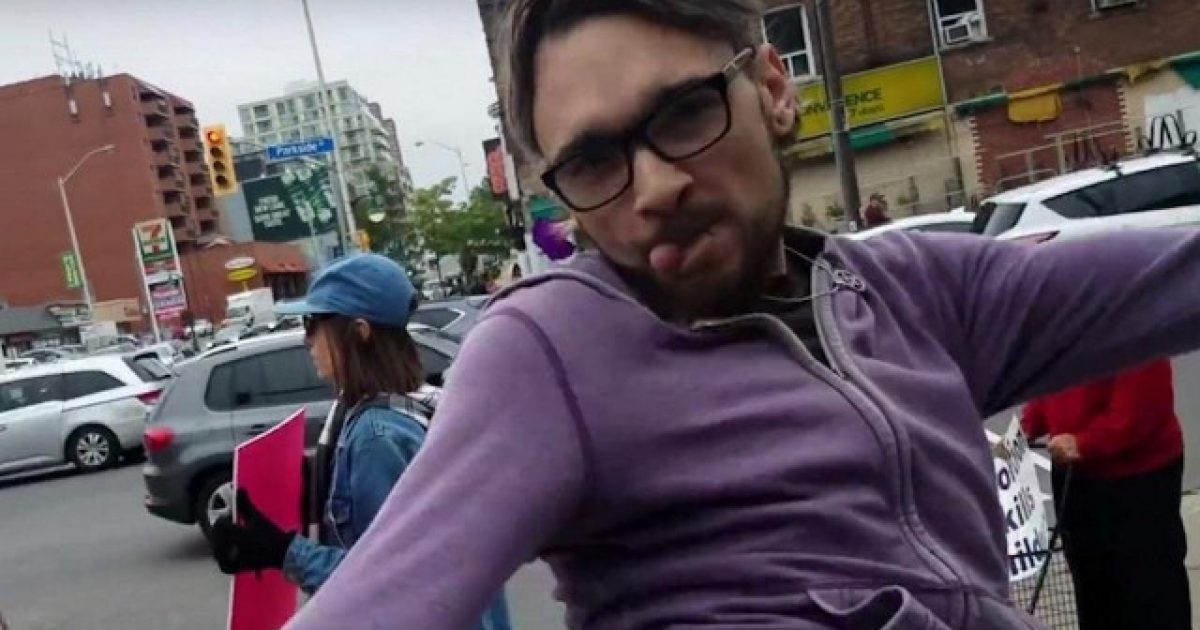 Toronto police have arrested 26-year-old Jordan Hunt and charged him with eight counts of assault after he roundhouse-kicked a pro-life woman during a street corner silent protest.

Hunt, who recently lost his job as a result of the incident, turned himself in to police and, along with the charges of assault, is also facing seven counts of mischief under $5,000 in connection with the incident.

The mischief charges are in relation to his defacing protesters’ signs with a magic marker. Seven of eight counts of assault are the result of writing on protesters’ clothing.

Hope it was worth it, buddy.

Hunt also was charged with one count of assault in connection to an Aug. 2 incident, the paper said, but Hopkinson couldn’t confirm if it was related to a second video that surfaced last week showing a shirtless male harassing anti-abortion protesters.

Police told the Sun in the latter case a group of anti-abortionists were protesting around noon when they were approached by a male on a bicycle who tried to grab one of their signs and then pushed a woman into a pole before fleeing the scene.

The male in the second video said, “Yeah, I tried to knock your stupid billboard to the side” and “if you don’t want me to f*** with your stuff, why are you trying to f*** with other people’s choices?”

So it seems Mr. Hunt has a whole lot of anger issues that need to be dealt with. If justice is truly served in this situation then he’ll have a lot of time in prison to get some help for that outrageous temper of his.

How sick and sad is it that this man is fighting against folks who are trying to save the lives of unborn children, innocent citizens who are having their right to life violated by people like him who are supportive of their lives being destroyed.

Why should God bless a society that openly and willingly murders its most vulnerable citizens? This is a serious offense that needs to be wiped out. Let’s hope that happens all around the world.

Trump Reveals His Plans for Rod Rosenstein. Here’s What He Said.