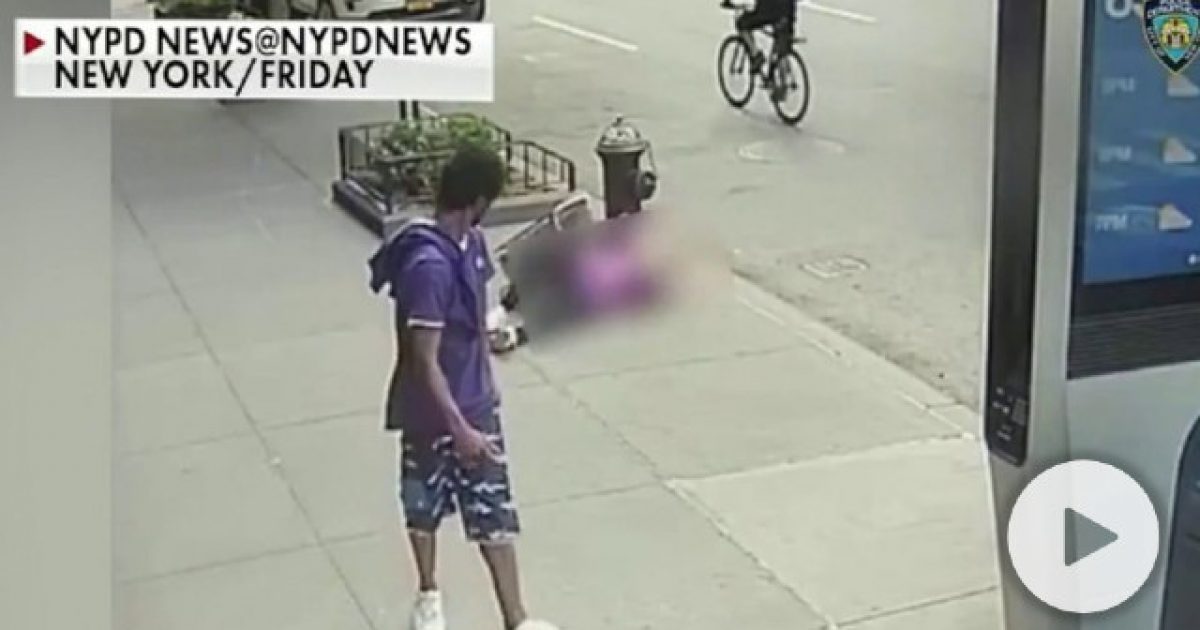 If you have career criminals on the streets of your city who have been arrested over 100 times and still have not been permanently dealt with, there’s a high probability that you are failing miserably as a leader and should probably find a different profession.

Unfortunately, despite this sort of scenario becoming common place in New York City, it’s doubtful Mayor Bill de Blasio will take a hint. That’s too bad for the law-abiding citizens of the city who are ripe targets for career criminals like the one mentioned above.

And what makes that notion so tragic is that it is real. A criminal who was recently busted for assaulting an elderly woman in New York, shoving her to the ground, has been arrested over 100 times.

“I thought a brick hit me or something hit me on the left side of my head, and I went right down and hit my head against the hydrant,” Geraldine, who asked that her last name be withheld for safety reasons, said of the attack. “Blood was coming out, not spurting blood, but blood was dripping.”

Geraldine, who has lived in Manhattan for more than 50 years, was on her way to Duane Reade when Brimmage allegedly shoved her to the ground near Third Avenue and East 16th Street in Gramercy Park at about 3:30 p.m. on Friday.

Geraldine hit a fire hydrant and remained on the ground until someone nearby called 911. She was taken to the hospital, but fortunately only received minor wounds. However, the experience has left her psychologically scarred.

“Mostly I’m shaken. My head still hurts where it was bleeding, where I hit the hydrant — or where he hit me, I don’t know,” Geraldine told the media.

“Mainly it’s psychological — just the fear of going out on the street.”

“This damned guy put me in a state where I’m fearful to walk the streets alone. So my super’s trying to find somebody who will walk me to a park nearby or to the supermarket, that kind of thing. So that’s the problem.”

The waste of human flesh who perpetrated the assault has now been arrested 103 times since 2005, for sex offenses and petty crimes. He was convicted of misconduct back in 2012. He was later arrested in 2014 for two sex offenses.

Just to give you a clue what kind of individual this guy is, he’s been busted for exposing his male parts and fondling himself out on an East Harlem street. That was in May of 2014. A few months after that he got nabbed for grabbing a woman’s backside at a deli.

He’s a creep. Plain and simple. This dude shouldn’t be allowed back out on the street. Let’s hope real justice is served and he’s put away for a long, long time.