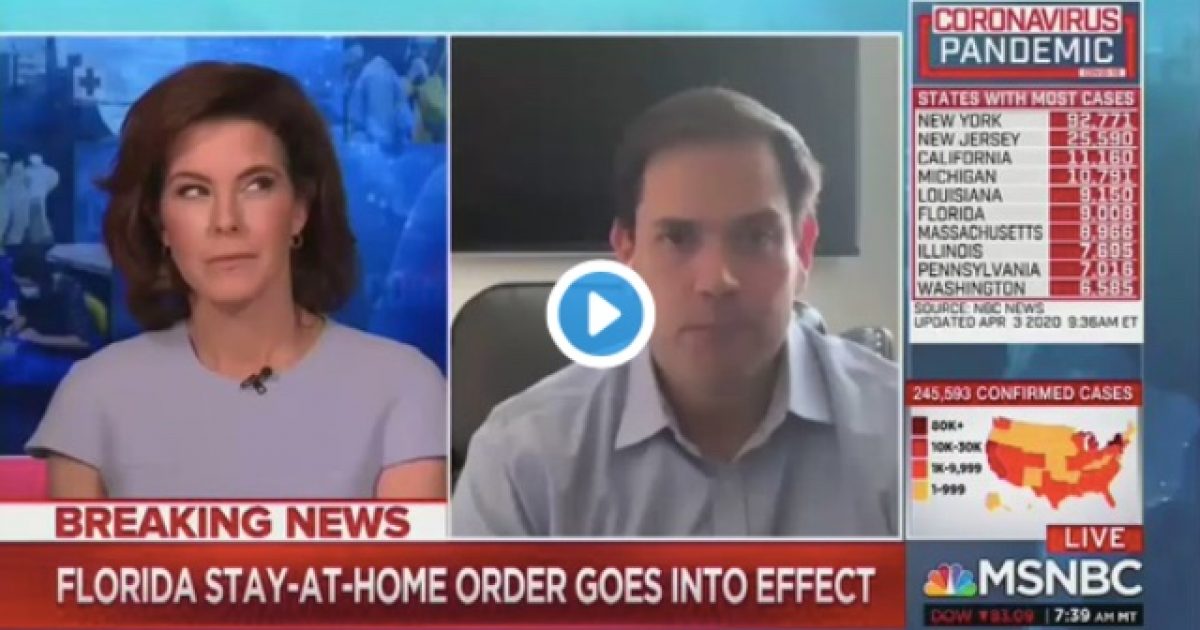 Sen. Marco Rubio has found himself in the hot seat with MSNBC host Stephanie Ruhle after making the comment that some journalists are thrilled over the spread of the coronavirus, a statement he defended.

Ruhle asked Rubio to explain the tweet which he made earlier in the week, noting a portion where he said: “Some in our media can’t contain their glee & delight in reporting that the U.S. has more #CoronaVirus cases than #China…Beyond being grotesque, it’s bad journalism.”

Some in our media can’t contain their glee & delight in reporting that the U.S. has more #CoronaVirus cases than #China

Beyond being grotesque,its bad journalism

“I need to ask you this, because I’m a journalist,” Ruhle said. “We’re not just some personalities. You called out journalism. And I need to understand why on earth you did this.”

Rubio said some journalists are “doing exactly what I said.”

“Well, because there are some journalists that were doing exactly what I said,” the Florida Republican responded. “I read reports about how some Republicans are doing this, or some members of Congress are doing that. I don’t know what other word to describe who’s doing something and who isn’t.”

Rubio gave a few examples of certain situations where he believes that journalists expressed happiness in reporting on coronavirus figures and noted that he said “some” not all journalists were behaving this way.

MSNBC host Stephanie Ruhle confronts Rubio about his tweet claiming the media "couldn't contain their glee" about the number of COVID-19 cases in the U.S. pic.twitter.com/It57vg5zb8

Rubio found support among many on the right, including Caleb Hull who tweeted:

This tweet is objectively true. Amazing how many blue checks are triggered by it.

The bottom line is, there are probably some journalists who are excited by the prospects that this virus is providing for the progressive movement. After all, Democrats are using this situation to try and pass a bunch of pet projects they want made law through inside these coronavirus relief packages, so is it so far fetched to think liberal journalists might think the same way?

Regardless, here’s to hoping this all goes away sooner rather than later. 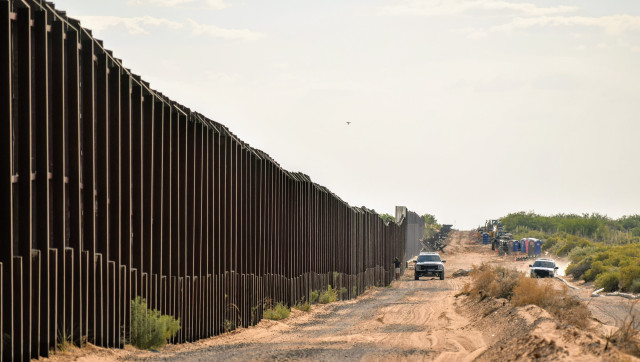 New reports are indicated that individuals involved in the practice of human smuggling have created a makeshift ladder out of PVC pipes to scale the 30-foot border fence located in Calexico, California. The ladder itself appears to have been built by one or more individuals and then placed on the fence. There are 10 plastic plumbing pipes spaced out every three feet that makes it possible for a person to climb over from one side to the other. The construction on this portion of the border fence is part of President Trump’s border security agenda. The construction on it started last fall. Here’s more from The Washington Examiner: An old photo of the shorter wall that was replaced with this taller one shows it is directly on the international border and separates a neighborhood in Calexico from a neighborhood in Mexicali in Baja California, Mexico. Local media cited “coyotes,” or Mexicans who help people illegally enter the United States, as the likely builders of the ladder. Mexicali’s director of firefighters, Ruben Osuna, said the department has received 10 calls to rescue people trapped on top of the wall. Police officers in the Mexican town have detained more than 65 people who have attempted to cross the fence or damage it. Customs and Border Protection has not, at the time of this writing, responded to the reports nor for comment requests. Back in January, the Border Patrol, along with the San Diego Fire Department rescued three individuals who were stuck at the top of the fence in southwestern California. Before that, in December of 2019, photographs were captured by a journalist of someone attempting to use a rope ladder to scale the fence. https://twitter.com/fotornelas/status/1202065077328924672