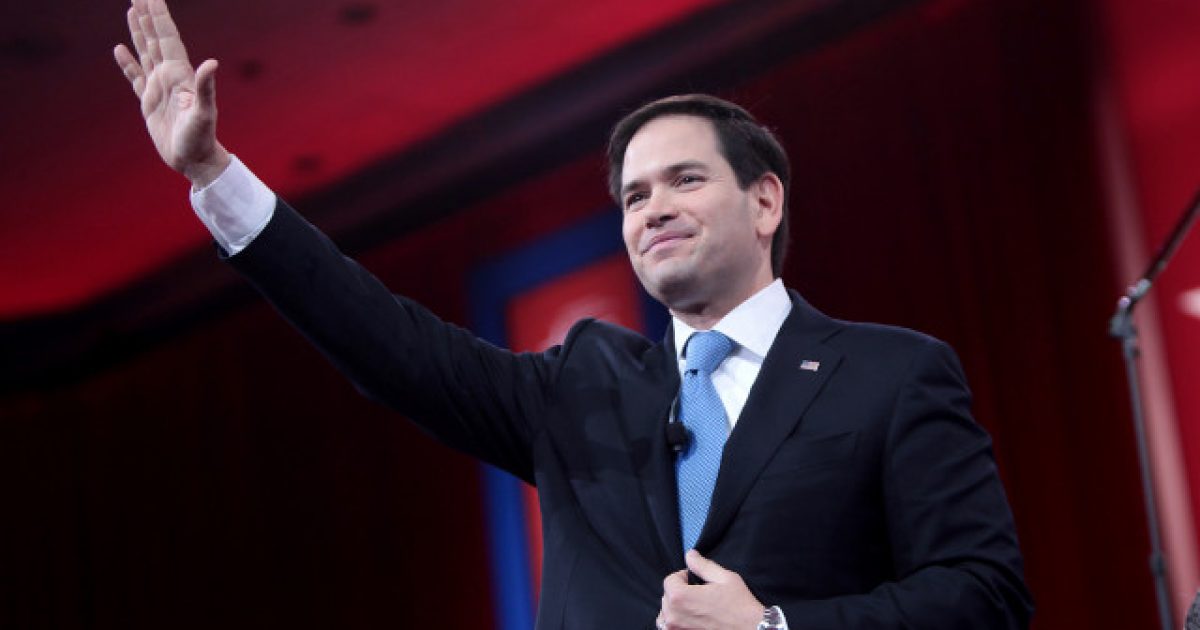 Despite the fact that the results of the presidential election are still in limbo and have yet to be certified, a growing number of Republican senators are going ahead and accepting Trump’s defeat by referring to Joe Biden as “president-elect.”

The latest individual to join that particular party is Florida Sen. Marco Rubio.

Rubio, who lost in the 2016 presidential primary to then-candidate Donald Trump, joined a small group of Republican senators to refer to Biden as “president-elect” while the president has refused to concede the race. Since the election, the Trump campaign has filed a handful of lawsuits in battleground states across the nation that have been projected to Biden.

Rubio made the reference on Monday when asked by Capitol Hill pool reporters what he thought of the reports that Biden is considering independent Maine Sen. Angus King to be the next director of national intelligence in his administration.

“Well, that’ll be the president-elect’s decision obviously,” Rubio answered, according to NPR. The senator was asked about his use of the term “president-elect,” and he responded, “Ultimately that’s what the results, the preliminary results, seem to indicate. You certainly have to anticipate if that’s the highest likelihood at this point. But obviously the president has legal claims in court, and he’ll continue to pursue those, and if that changes, obviously, it’ll be something we’ll have to deal with.”

The other GOP senators who have opted to accept the victory of Biden over President Donald Trump are Susan Collins, Lisa Murkowski, Ben Sasse, and Mitt Romney.

Romney accepting Biden’s “victory” isn’t all that shocking. He’s never really been a big fan of Donald Trump and was probably tickled pink to find out the mainstream media called the election in favor of the former vice president.

Still, this election isn’t over yet. There’s a lot of litigation still pending and some investigations and recounts that are happening. Until things are certified and made official, the results are up in the air and anything could happen.

DAVIDSON: Toxins In Our Personal Environment