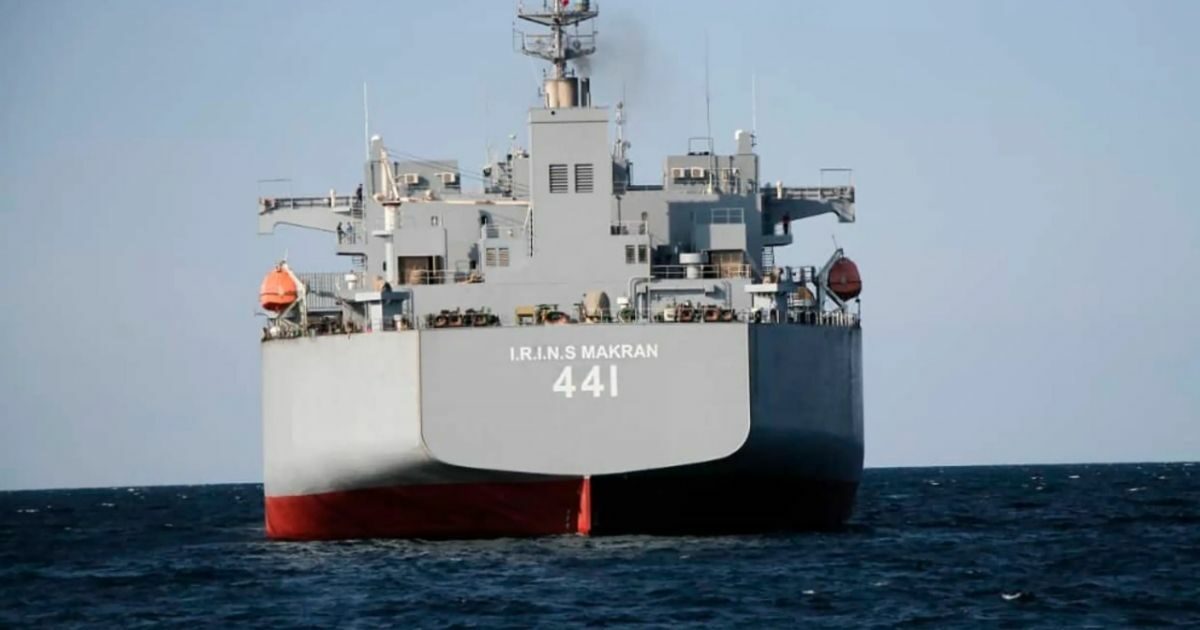 Sen. Marco Rubio urged President Joe Biden to deal with Iran’s military vessels in the Atlantic Ocean “forcefully” and not be distracted by his desire to “salvage the Iran deal.”

“#Iran’s largest military vessel & most modern missile destroyer are days away from delivering missiles & attack boats to the #MaduroRegime & conducting exercises off our coast,” the Florida Republican tweeted on Saturday.

“Biden shouldn’t allow desperation to salvage the Iran deal to keep him from confronting this forcefully.”

Biden shouldn’t allow desperation to salvage the Iran deal to keep him from confronting this forcefully pic.twitter.com/f3qZubJQ27

Iran’s state TV reported Thursday that an Iranian destroyer and support vessel were sailing in the Atlantic Ocean.

The frigate vessel “Sahand” and the base ship “Makran” departed from Iran’s southern port of Bandar Abbas last month, according to the Independent. The pair sailed 6,000 nautical miles through the Indian Ocean and around the southern tip of Africa to enter the Atlantic for the first time ever.

The purpose of the vessels’ journey and their current location are unknown.

Iranian Foreign Ministry spokesman Saeed Khatibzadeh refused to give details about the trip during a May 31 news conference, The Associated Press reported.

“No country is able to violate this right, and I warn that no one makes miscalculations. Those who sit in glass houses should be careful.”

American officials speculate that the vessels are bound for Venezuela, carrying long-range missiles and fast-attack boats, according to Politico.

“The delivery of such weapons would be a provocative act and understood as a threat to our partners in the Western Hemisphere,” a senior Biden administration official noted in a statement.

“We would reserve the right to take appropriate measures in coordination with our partners to deter the transit or delivery of such weapons.”

The U.S. Naval Institute said in an earlier analysis that the boats could “form the core of an asymmetrical warfare force within Venezuela’s armed forces,” according to the AP.

“This could be focused on disrupting shipping as a means of countering superior naval forces,” the published analysis read.

“Shipping routes to and from the Panama Canal are near the Venezuelan coast.”

Despite Rubio’s warnings, any action the U.S. takes against these vessels would be unlawful and undermine sovereign immunity, Foreign Policy reported.

As long as the warships do not threaten any use of force, they are protected by the law of the sea, which grants warships and other government ships sovereign immunity.