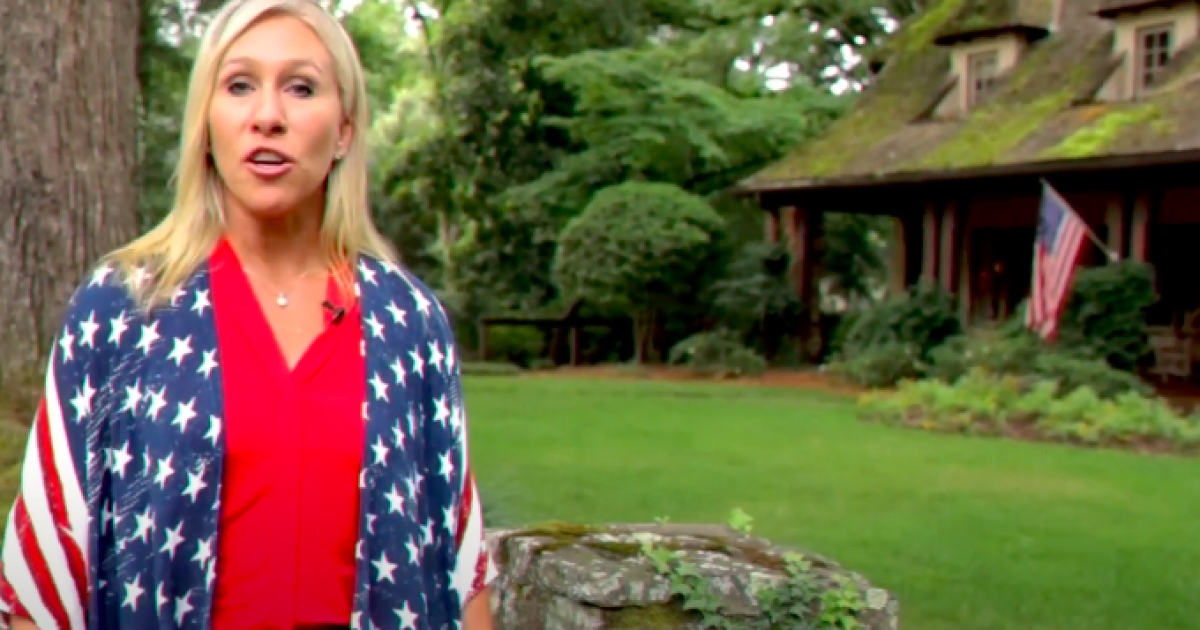 One of the strangest and most complex subplots of the 2020 election was undoubtedly the vast spread of conspiracy theories that erupted in the orbit of the contest.  These often-wild, sometimes out there hypotheses fermented and fomented over the course of years, and grew to become a nearly-mainstream part of American political culture.

The QAnon conspiracy theory was by and far the largest, and a number of current members of Congress are out-and-out adherents to the cause espoused by its followers.

This includes Marjorie Taylor Greene, who has become somewhat synonymous with conspiracy culture.

But there are some things that even MTG doesn’t believe.

“We reelected President Trump on November 3rd in 2020,” Greene said, which isn’t true, before — briefly and barely — turning into a voice of reason. “I want people to be careful in what they believe. It’s going to be very difficult to overturn the 2020 election and so I would hate for anyone to get their hopes up thinking that President Trump is going to back in the White House in August. Because that’s not true.”

Greene knew that she was disappointing some people but said she wanted to manage expectations.

“It’s just that I don’t want people to get excited and think that something is going to happen and then they get disappointed,” she added. “We need to stick with the truth. We have to stick with the process. And we have to reveal the election fraud.”

Greene was referring to a theory endorsed by MyPillow CEO Mike Lindell that Donald Trump would be “reinstated” to the presidency by the middle of August of this year.