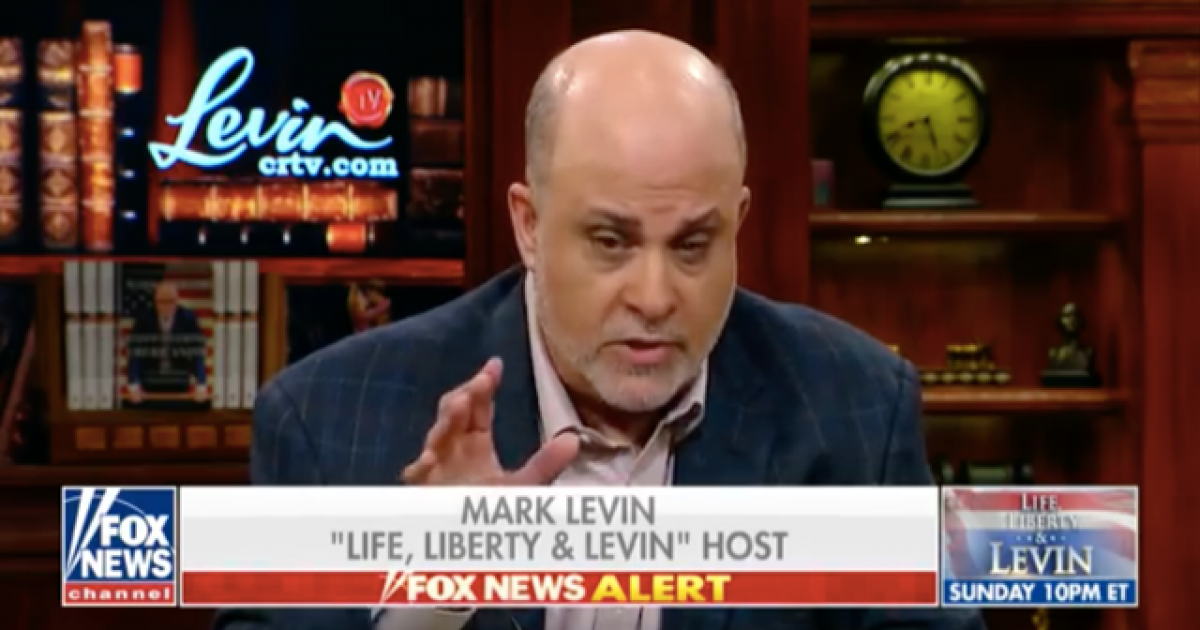 Bestselling conservative author and founder of CRTV, Mark Levin, recently sat down with Fox News host Sean Hannity where he discussed the topic of President Trump being impeached and all of the bluster coming from Democrats on the subject, calling it “entirely bogus.”

“The president is in very good shape,” he said. “You cannot impeach a president on events that occurred before he was president.”

Levin discussed how there is no historical precedent for indicting the Commander-in-Chief for accusations that occurred before he assumed the office. “Also,” he added. “There is serious doubt on whether Mr. Mueller in his report can use grand jury information that goes public.”

“I’m going through what they’ve been arguing,” he said. “The president cannot obstruct justice for firing a subordinate, period. Now what about this new thing they’ve come up, conspiracy to defraud an election? I would like to know, this conspiracy, exactly who did the president conspire with? Who is it? Had they been charged, have they been prosecuted?”

The truth of the matter is the left is simply desperate to get rid of Trump because they still feel so devastated and personally insulted by being backhanded by the average American voter. It’s hard for these folks to fathom that there are still ordinary, blue collar folks who feel cheated by the current government system and want to try something different.

There’s been nothing produced as a result of the Russia probe, and that isn’t likely going to change. It’s time to wrap it up and move on, to discuss the actual issues facing the country and come to real solutions that benefit all Americans and preserve liberty.

VIDEO: Jack Nicklaus Backs Tiger Woods’ Comments About President Trump. Here’s What He had to Say