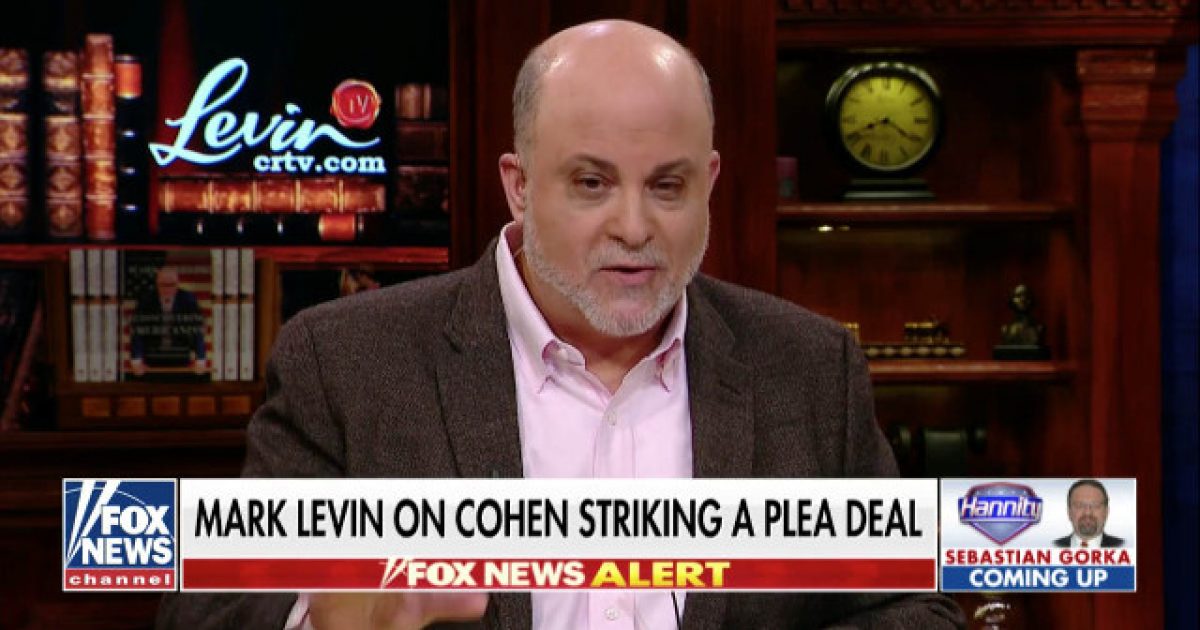 Cohen has plead guilty to charges of campaign finance violations, tax evasion, and false statements to a financial institution, alleging that President Trump, then a candidate, told him to make hush money payments to several women he supposedly had an affair with to keep them quiet during the election.

Many liberals are foaming at the mouth with excitement over this, hoping this might be the beginning of the end for Donald Trump. However, Levin delivers some news that might just burst that bubble.

“I wanna help the law professors, the constitutional experts, the criminal defense lawyers, the former prosecutors, and of course the professors, I wanna help them understand what the law is,” Levin said. “The general counsel for the Clinton mob family, Lanny Davis, he had his client plead to two counts of criminality that don’t exist.”

“Just because a prosecutor says that somebody violated a campaign law doesn’t make it so. He’s not the judge; he’s not the jury,” Levin said. “We didn’t adjudicate anything. It never went to court.”

Levin explained that a campaign expenditure under U.S. campaign finance law is an expenditure “solely for campaign activity.” He argued that any supposed reimbursement Trump paid to Cohen with his own money after Cohen paid off Stormy Daniels or any other woman who slept with the president is “perfectly legal.”

“A candidate who spends his own money, or even corporate money, for an event that occurred not as a result of the campaign — it is not a campaign expenditure,” he said.

This is certainly going to rain on the parade of all those happy leftist campers today, who were thinking that they were finally about to see the fruit of their obnoxiously diligent work to discredit President Trump and have him removed from office.

Let’s hope that as things come out more in the open that these situations get resolved and the president is able to move forward with his agenda.