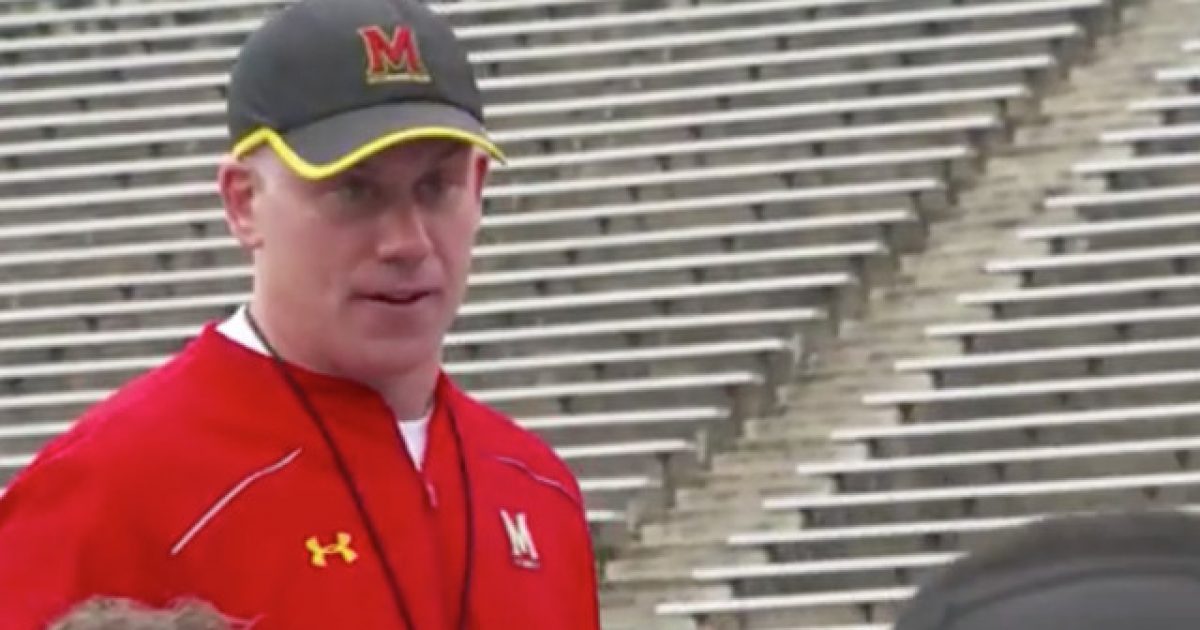 On Tuesday of this week, the University of Maryland Board of Regents decided to reinstated DJ Durkin as head football coach of the school’s team, a decision which literally lasted only 24 hours.

After the school received massive backlash for their decision concerning Durkin, they decided to unilaterally boot him to the curb. So what’s the deal with all of this wishy-washy stuff? Apparently one of the players on the team died from heatstroke earlier this year.

Durkin was placed on paid administrative leave on August 11 after one of his players, offensive lineman Jordan McNair, 19, tragically died of heatstroke suffered during a team workout on May 29. Durkin was reinstated by the board of regents on Tuesday, a decision that prompted strong pushback from the community, influential politicians, and some Maryland players, and with which University of Maryland President Wallace D. Loh ultimately disagreed.

“Yesterday, the University System of Maryland Board of Regents announced numerous recommendations, including employment decisions about specific personnel on our campus. I accepted the Board’s recommendations. At the same time, I announced my retirement as president in June 2019,” President Loh said in a statement Wednesday.

“Since returning to campus after yesterday’s press conference, I have met with the leadership of the Student Government Association speaking on behalf of numerous student organizations; the Senate Executive Committee; Deans; department chairs; and campus leadership. The overwhelming majority of stakeholders expressed serious concerns about Coach DJ Durkin returning to the campus,” he continued.

“The chair of the Board of Regents has publicly acknowledged that I had previously raised serious concerns about Coach Durkin’s return. This is not at all a reflection of my opinion of Coach Durkin as a person. However, a departure is in the best interest of the University, and this afternoon Coach Durkin was informed that the University will part ways,” wrote Loh. “This is a difficult decision, but it is the right one for our entire University. I will devote the remaining months of my presidency to advancing the needed reforms in our Athletic Department that prioritize the safety and well-being of our student-athletes.”

ESPN went on to point out that Durkin has $8.5 million left on the deal he made with the school, which means if Maryland fires him without cause, which is what has happened now, he will receive $5.5 million, which is 65 percent of the total negotiated for in his contract.