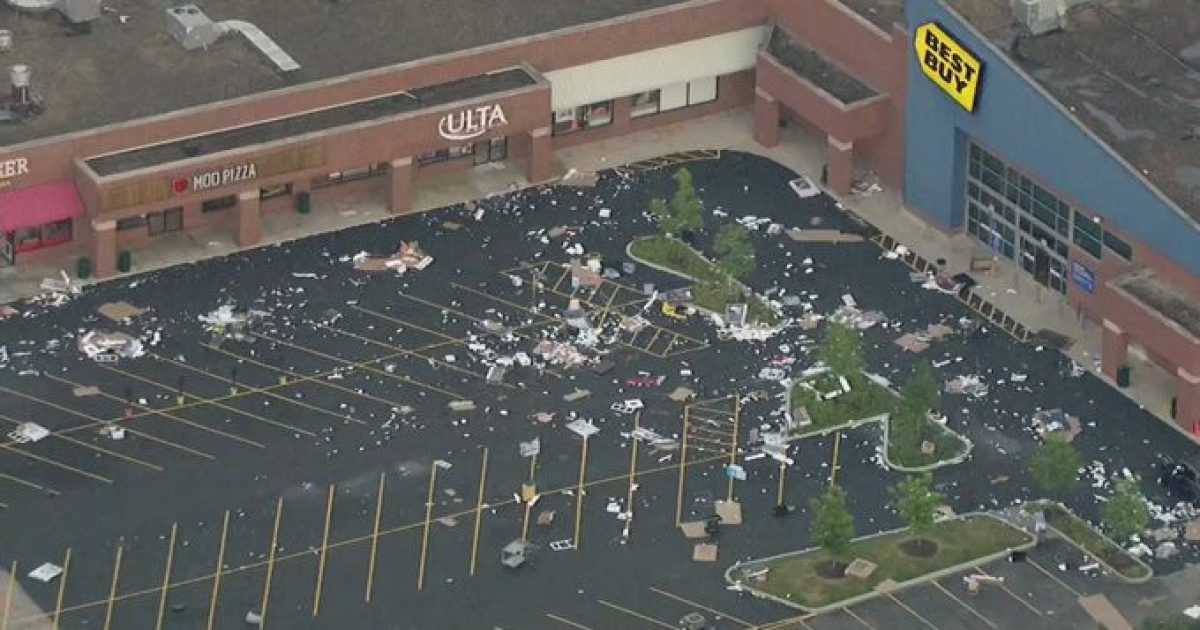 Will this nonsense ever just end? How much more violence, rioting, and looting can this country handle before it shatters and folks get super tribal? We’re all ready divided, yet it doesn’t seem this stuff is going to be quelled any time soon.

There are now videos circulating online that show widespread rioting, looting, and other forms of violence erupting all throughout the city of Chicago in light of a police-involved shooting that left a young man wounded.

Social media users on various platforms posted up videos of people in the city looting Walgreens, Macy’s, Gucci, Louis Vuitton, among many other stores. There was even an exchange of gunfire between looters and police at some point during the evening. No officers were harmed.

“Absolute chaos in downtown Chicago with more overnight looting and vandalism in the Loop,” tweeted Ryan Baker, an anchor for WBBM-TV. “Appears to be coordinated effort with minimal police presence.”

Looters broke into a Chicago mall and are looting the place clean tonight. #BlackLivesMatter pic.twitter.com/wKJZbcvpoZ

The Chicago Police Department did not immediately respond to an email from Fox News.

The unrest began Sunday afternoon, after police responded to a report of a man with a gun in the city’s Englewood neighborhood. While pursuing that individual on foot, he “turned and fired shots” at officers before being struck himself and taken to a local hospital, Deputy Chief Delonda Tally told Fox 32 Chicago. A crowd that had gathered at the scene then faced off against police and started hurling objects at officers after getting agitated over a false rumor that the suspect – who is in his late teens or early 20s – was a child, investigators add.

Offender’s firearm recovered by police after firing at Officers. Officers returned fire striking the offender. Offender transported to U of C Hospital. pic.twitter.com/UQPmfP3a35

As of this writing, the condition of the individual who was shot is not known. Chicago’s Civilian Office of Police Accountability has officially launched an investigation into the matter. Three police officers were involved in the incident and taken to a local hospital for observation.

A look at the debris and damage outside the Best Buy store on Marcey near Clybourn/North pic.twitter.com/yCCKCFuCde

Our country simply cannot take much more of this kind of behavior from people. Yes, there’s something that needs to be done to ensure these police shootings are fewer in number, but that involves more than just picking on law enforcement officers. Clearly, there’s a problem in youth culture today, particularly in inner cities, that also needs to be addressed.

A marriage cannot be repaired without both parties working on themselves. That’s the same principle here. Our communities will never heal from this division until we all take responsibility for our own actions and work toward coming together.