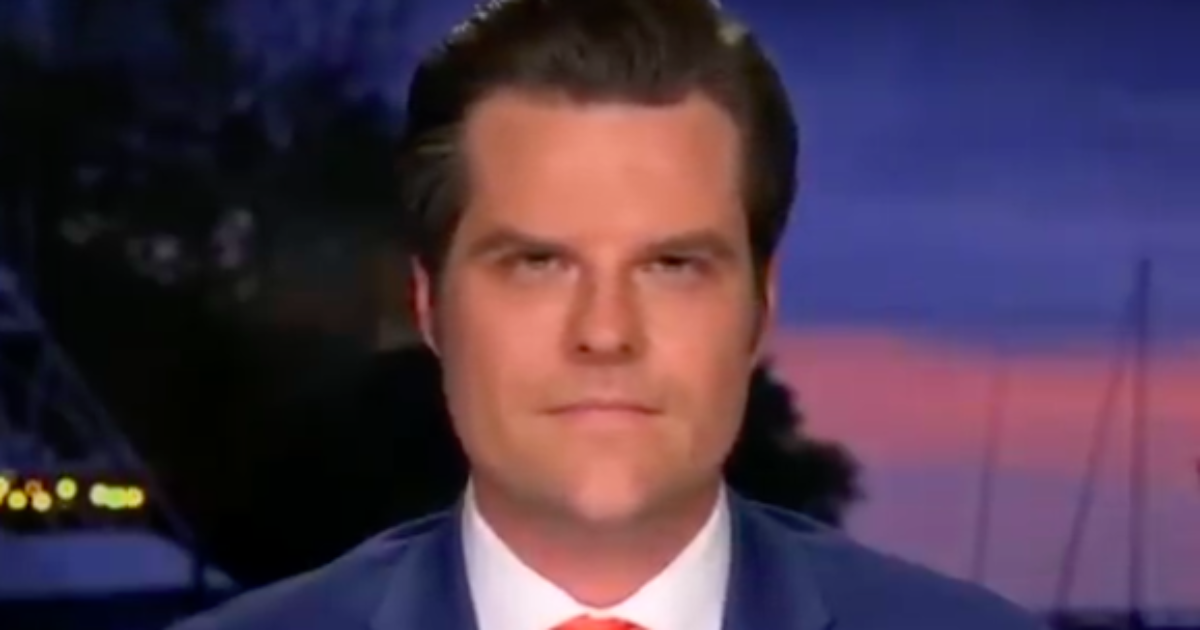 This has not been Matt Gaetz’s year.

The rising Republican star had found himself a powerful ally in former President Donald Trump, and was poised to ascend the ranks of the party at hyper-speed was Trump reelected.

Then, just a few scant months into 2021, Gaetz winds up entangled in one of the messiest scandals this side of a Hollywood script, in which he could face charges of “sex trafficking” after being extorted for help in finding a missing federal agent.

Oh, and the girls were underage and there was cocaine involved…all of this still “allegedly”, mind you.

One of Gaetz’s alleged co-conspirators has already copped a plea deal, which doesn’t sound like a great thing for the Florida congressman, and now it looks like obstruction charges could be coming next.

Federal prosecutors are examining whether Rep. Matt Gaetz obstructed justice during a phone call he had with a witness in the sex-crimes investigation of the Florida congressman, according to two sources familiar with the case.

The witness in question was one of a handful of women who entered Gaetz’s orbit via his one-time “wingman,” former Seminole County, Fla., tax collector Joel Greenberg, who pleaded guilty last month to a host of crimes, including sex-trafficking a 17-year-old in 2017.

The obstruction inquiry stems from a phone call the witness had with Gaetz’s ex-girlfriend. At some point during the conversation, the ex-girlfriend patched Gaetz into the call, sources said. While it’s unknown exactly what was said, the discussion on that call is central to whether prosecutors can charge Gaetz with obstructing justice, which makes it illegal to suggest that a witness in a criminal case lie or give misleading testimony.

That witness’s own conversion with prosecutors prompted the charges.

Gaetz is defiant, however, having consistency plead his innocence, suggesting that this is all part of a much larger scheme to either extort him or ruin his reputation.