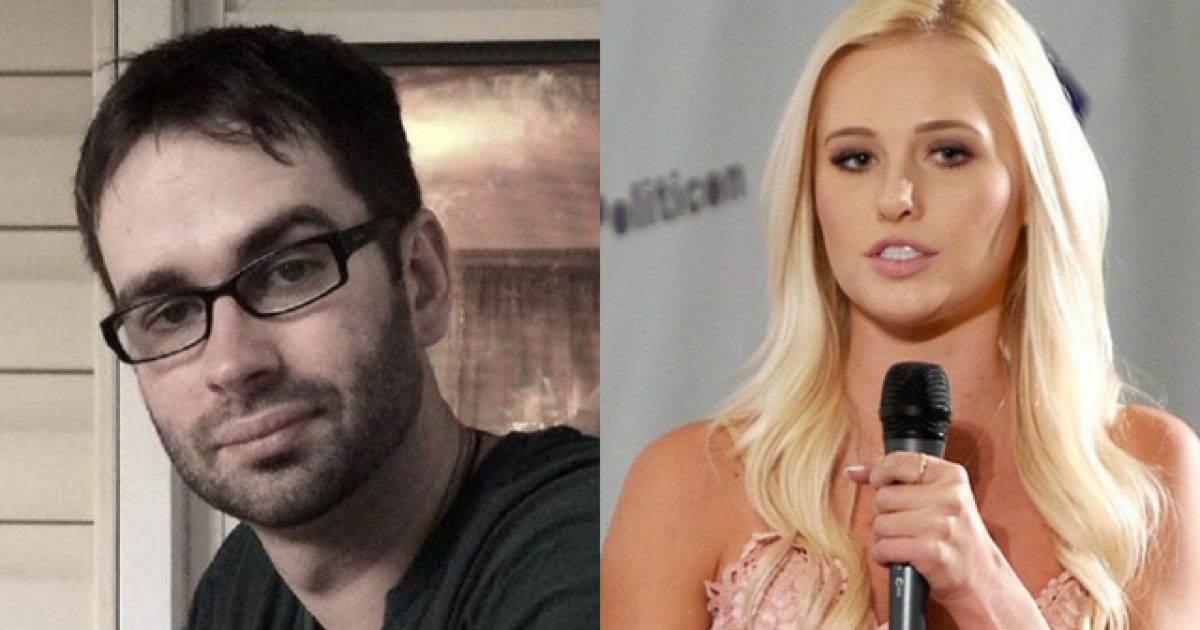 The conservative movement has lots of room in it. Atheists, fundamentalists, Americans, immigrants, homosexuals, traditionalists, can all come together for the sake of one common goal: liberty.

So while one may be able to find some room under our very big tend and also support abortion, they sure as heck better be willing to have their ideas scrutinized by the best and the brightest conservative intellectuals have to offer.

And when it comes to abortion, there’s little room for compromise, so if you’re going to claim conservative and go there, you better be prepared to defend yourself, and defend yourself well.

Sadly for Tomi Lahren, she has tried, and failed, more than once to defend her blatantly pro-choice views.

The twenty-something Fox contributor has ruffled a lot of feathers over the last few years, for her no-holds-barred rants against the left and enthusiastic support for President Trump in the days leading up to the 2016 election.

But when she came out as pro-choice on The View last year, many on the right were pretty disappointed, at best. She lost her job on The Blaze, eventually finding a place on Fox News, where she continued to share her views and commentary on a wide range of issues.

It appeared many had forgotten her controversial views, until she, like many on the left, decided to use the possibility of another conservative Judge on the SCOTUS to pontificate about what a “mistake” it would be for the right to go after overturning Roe v. Wade, attempting to claim that “we lose when we go after social issues.”

Not so fast, Tomi.

The Daily Wire‘s Matt Walsh joined many conservatives who chided Tomi for her inconsistent views, penning a systematic refutation of her claims that we’d “lose” by trying to overturn one of the worst Supreme Court rulings of all time and the most heinous abuse of human life in our history.

He broke her fallacies down into three major ones. First, he says, she’s not the first to suggest the right pivot away from social issues, but there’s little evidence it would actually work. Instead, claiming to take the moral high ground seems to be working out well for the left, who relies heavily upon their perceived morality:

It turns out that people are not primarily motivated by their wallets, even less by a passion for sorting out the affairs of foreign countries. People care most deeply about the issues that speak to their fundamental values and principles. People want to feel that they are fighting for something real, something important, something moral. While Republicans scamper like frightened deer from any discussion of morality, the Left frames almost all of its arguments in moral terms. They frame the arguments wrongly, and dishonestly, but the fact remains that they use moral language. And it works. Republicans say, “Adopt our position because it will make you prosperous and secure.” The Left says (incorrectly), “Adopt our position because it is right and ethical.” Guess who wins hearts and minds — especially the hearts and minds of the younger generation?

Second, he says, while Tomi claims she would “personally choose life”, this is a fence you simply can’t straddle. It’s life or death. You’re either in, or you’re out.

We pro-lifers are either wrong or right. We cannot be anything in between. We leave Tomi Lahren and everyone else no room to straddle the line. The claim we make is too radical, too absolute, too severe. We insist that actual human persons are being legally and systematically murdered by the thousands every day in America. We insist that 60 million such persons have lost their lives in the last few decades. We insist that entire generations are being erased from existence. If we are wrong, then there is no reason to respect us, support us, or “personally agree” with us on any level. We are maniacs and oppressors, and that is what you should call us.

But if we are right, then this matter deserves your undivided attention. If we are right, then our fight is the most important fight in the world. If we are right, then this mere “social issue” dwarfs every other issue and the only criticism you can make of our tactics and our rhetoric is that they are not radical enough. Certainly, at a minimum, if we are right then abortion is a holocaust and our government should abolish this holocaust for the same reason it abolished Hitler’s holocaust. It should abolish it even more so, actually, because it is presently guilty of facilitating and funding this holocaust. So, you must either be radically in agreement with us or radically opposed. I do not see how any rational, thinking person could sit in the middle ground. There is no middle ground.

here’s the problem: to reject the intrinsic worth of human life is to be a materialist. To reject the objectivity of the moral law is to be a moral relativist. Materialism and moral relativism are the two essential pillars, the two defining philosophies, which ground, support, and animate modern leftism. How can a person affirm those pillars, adopt them, argue in favor of them, and yet oppose the Left at the same time? That is like trying to demolish a building with a can of spray paint. You can perhaps deface the building, but it will still stand in the end, substantially uninjured. If you wish to knock down the building, you must knock out the pillars.

And there you have it. Abortion is not an issue like gay marriage or legal marijuana that can find friendly allies on the right who believe in individual liberty.

Our nation is based on divine rights endowed by a moral God, and those rights are endowed to the unborn as well. If Tomi would personally choose life if she found herself pregnant, what possible logic can she use to deny rights to the unborn child of a woman who would choose abortion when she has the option?

Man Refuses to Drive Woman Home, What She Does Next Almost Destroys His Life