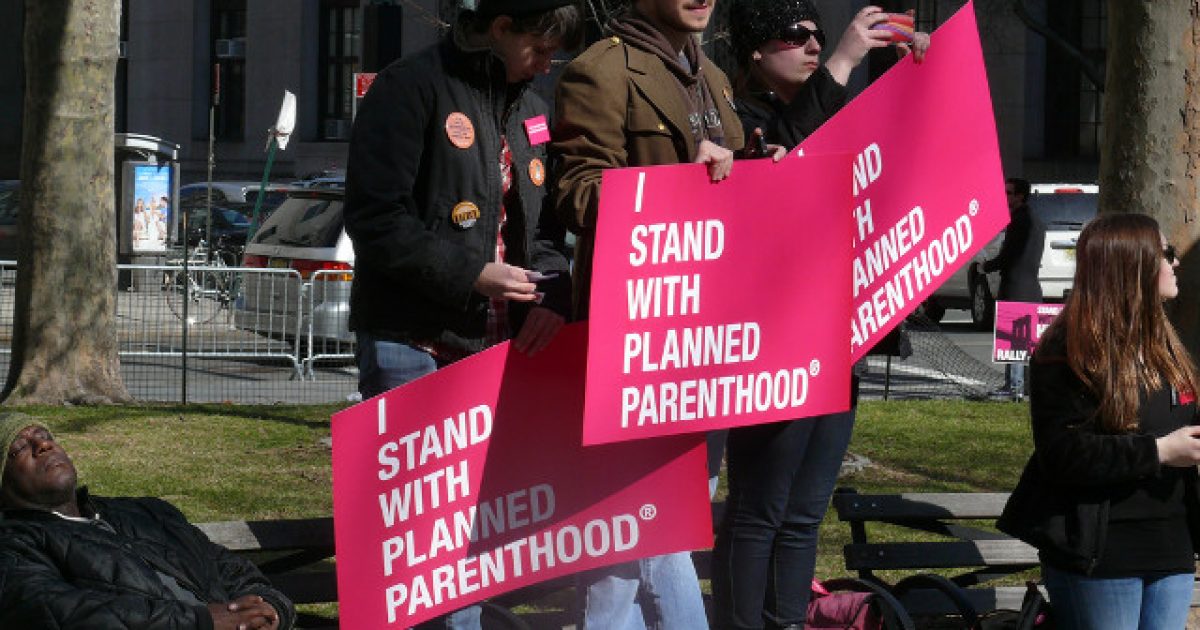 Conservative commentator Matt Walsh recently published a piece discussing a horrifying new pro-abortion advertisement put out by a group called the Agenda Project supporting Planned Parenthood and is analysis of this nightmare couldn’t be more on the money.

We will leave aside the most disturbing aspect of this video: that someone apparently allowed their child to be used for it. What makes the message so barbaric is, first, that a baby’s violent murder is presented as something the baby herself deserves. But how could a baby deserve to be executed? To deserve something is to be worthy of it, whether the thing deserved is reward or punishment. So, is the child worthy of punishment? What has she done to earn such a penalty? Or do they mean “deserve” in the sense of reward? Well, what sort of reward is that? Would the makers of this video appreciate being “rewarded” in a similar way? If not, how can they, how can anybody, speak for the child on this matter?

I can only assume that some text is missing. Perhaps it’s supposed to say: “She deserves to be loved, she deserves to be wanted, but if she isn’t then she deserves to die.” But that assumes that everyone who isn’t loved or wanted by their biological parents would prefer to forfeit their lives entirely, which of course ignores the testimony of many millions of people who weren’t loved or wanted by their birth parents and yet have gone on to lead perfectly happy and fulfilling existences. Each individual deserves to make a choice between trying to live through difficult circumstances or giving up. The vast majority, if given the option, will choose the former.

But the second thing that makes the ad so disturbing is that it is honest. It shows us not a “clump of cells” but a baby. It calls the baby “she,” not “it” or “that thing.” It seems almost to go out of its way to highlight the beauty and lovability of the child. It presents human life — wondrous, miraculous life — and says, “Yes, it is good to kill this person.”

This is what every pro-abortion ad says, and what ever pro-abortion person believes, even if they will not be so forthright about it. We should give the Agenda Project credit for being open and honest about what they believe and support. Then we should condemn them for believing and supporting something so deranged and cruel. And we should shudder in horror when we realize that many millions of Americans agree with them.

If this advertisement doesn’t chill you to the bone, you must not have a pulse.

The act of abortion is so egregious because every human being is an image bearer of God from the moment of conception. Therefore, an assault on an unborn child is an assault on the God of the universe, and that sort of wickedness cannot be tolerated.

Being an image bearer is a status God confers on each one of us at the moment of conception, and that’s why abortion at any point during a pregnancy is the equivalent of murder, a violation of the Sixth Commandment, a law of God that is written on the hearts of all men and women, believe or not.

The left advocates for the murder of the unborn as a sacrifice on the altar of convenience, which is so horrific and deplorable it almost defies description.

There’s no doubt that this issue is the Civil Rights issue of the modern day. The question you need to ask yourself is whether or not you want to be on the right side of history and stand up for the rights of our most vulnerable citizens, or if you want to side with those who destroy life.

The choice is yours.