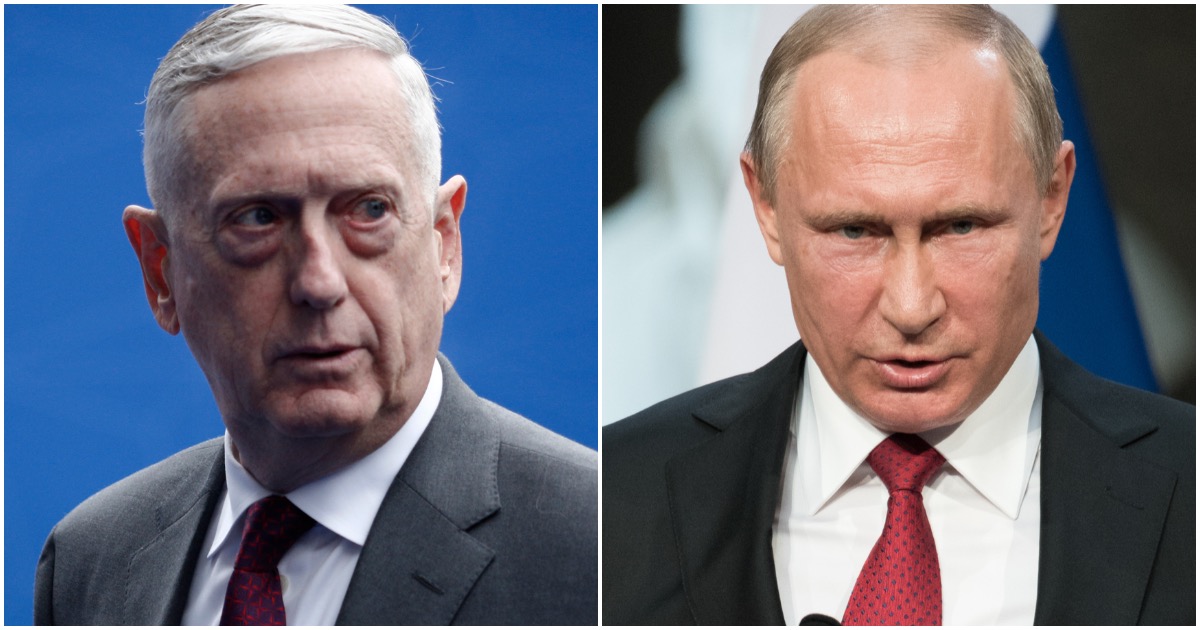 However, Russia did attempt to mess with America’s elections and have for some time.

Mattis spoke of the relationship between the Trump administration and Russian President Vladimir Putin during an interview Saturday at the Ronald Reagan Presidential Library in California.

Mattis: “There is no doubt the relationship has worsened. He tried again to muck around in our elections this last month. We are seeing a continued effort around those lines.”

He added, “This is a very complex situation because clearly Mr. Putin is a slow learner. He is not recognizing that what he is doing is actually creating the animosity against his people.”

“We’re dealing with someone we simply cannot trust.”

In the video below, Vice President Mike Pence looks firmly in charge, while Putin looks like a submissive boy trying to get his father’s approval.

The mainstream media and liberals across the nation have blamed President Trump’s rhetoric for 12 Democrats being sent faulty “bombs” by a deranged maniac.

And yet, they ignore stories of Republicans (like Trump and Mattis) being sent letters containing ricin.

A Utah man has been charged with sending a series of letters threatening to unleash the deadly poison ricin to President Donald Trump, Secretary of Defense James Mattis and several other top administration officials, CNN reports.

It’s Happening After All: James Comey Set to Testify After Cutting Deal With GOP