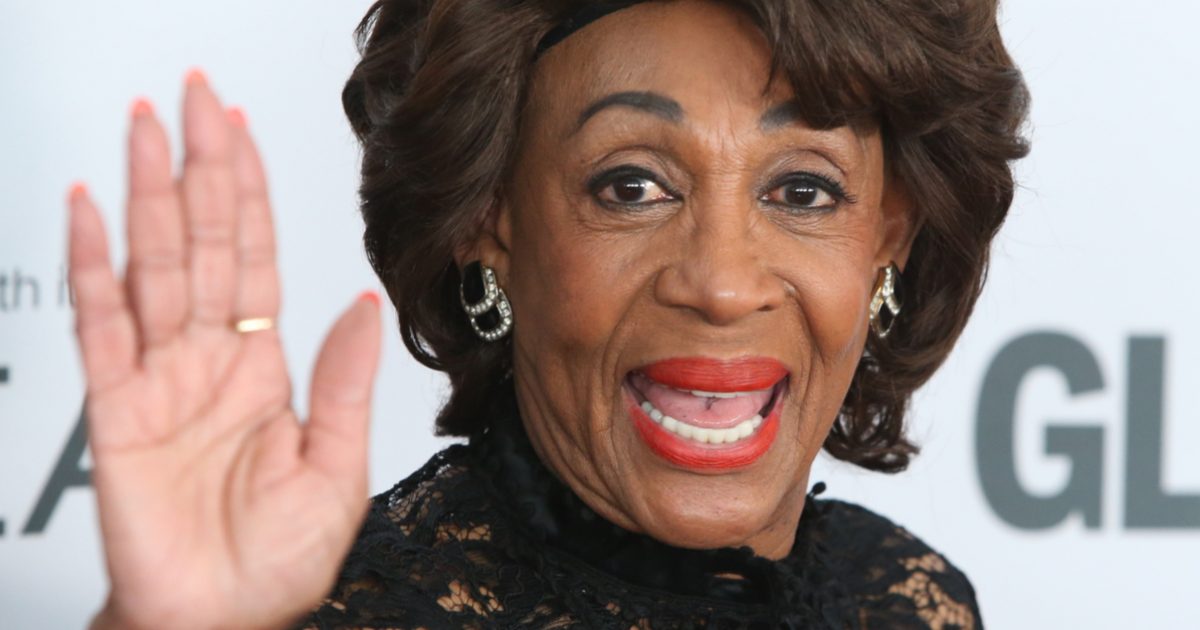 Maxine Waters is no stranger to controversy, especially when it comes to her vision of the role of violence in the political process.

Back in 2018, the California Congresswoman told a group of constituents that they should confront staffers for then-President Donald Trump.

“Let’s make sure we show up wherever we have to show up,” Waters told a crowd in California over the weekend. “If you see anybody from that cabinet in a restaurant, in a department store, at a gasoline station, you get out and you create a crowd, and you push back on them, and you tell them they’re not welcome anymore, anywhere.”

Then, just days ahead of the jury’s deliberations in the Derek Chauvin trial, Waters again suggested that Americans should be “more confrontational” regarding the case.

This comment drew widespread criticism from her colleagues in Congress, and Maxine was soon facing a censure by House Minority Leader Kevin McCarthy.

Now that this effort to admonish Waters has failed, the longtime Democrat seemed to take a victory lap on MSNBC.

“Of course, I’m criticized all the time, and of course, the Republicans make a target of me, but as you know, I am passionate on these issues,” Waters told host Joy Reid. “I’m so sorry that it causes pain oftentimes with my colleagues. Many times they’re in these districts where they are frightened, where they have a lot of racism, where they haven’t moved to the point that they can have a decent conversation about these issues and sometimes it’s very difficult for them.

“But they stood up with me today,” she added. “They put me out for censure because of my visit to Minneapolis and my colleagues stood with me, and they voted to table the motion that was put up to censure me because the Republicans love it use me as a target.”

Waters’ comments on the subject could come back to haunt her, however, as the judge in the Chauvin case suggested that a mistrial could have possibly been declared on account of her “confrontational” comments.  There is little doubt that Waters will be the subject of a portion of the appeals process in the case.