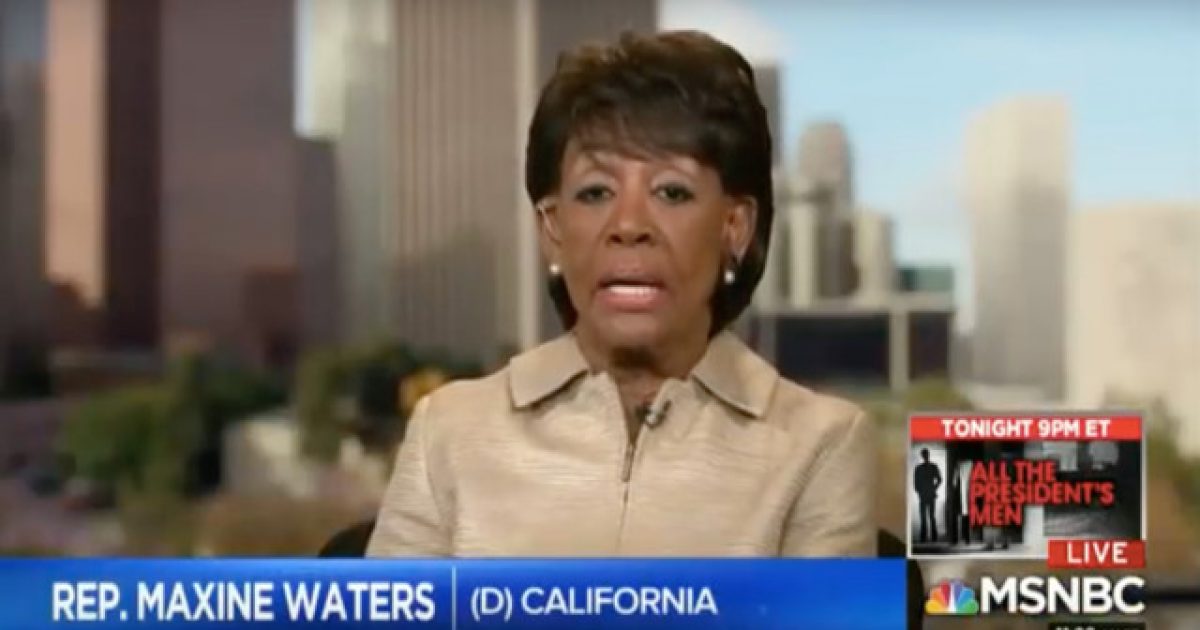 Rep. Maxine Waters, an individual who has essentially become famous over the last several years simply by repeatedly calling for President Trump’s impeachment — talk about riding someone’s coattails — has responded to the president’s threat to shut down the government if the border wall isn’t funded with pure defiance.

Looks like she’s looking for another boost on social media, doesn’t it? Geesh. This woman is desperate for attention.

“Well you know this president is a bully,” Waters responded. “And he’ll try to intimidate all of us.”

“He’s not going to shut down the government,” she concluded, “and we are not going to be intimidated by his bluffing and his bullying.”

I would be willing to “shut down” government if the Democrats do not give us the votes for Border Security, which includes the Wall! Must get rid of Lottery, Catch & Release etc. and finally go to system of Immigration based on MERIT! We need great people coming into our Country!

There are many GOP candidates and those already in positions of leadership who seem to be a bit sketchy on making immigration an issue in the upcoming midterms, but in all honesty, they probably should. Trump made it a huge part of his platform in 2016 and there’s little doubt doing so helped him win.

People care about the criminals leaking into our country and about the resources they soak up, as these are funded by our tax dollars. If you really want to strike a chord with average Americans, anything surrounding taxation is a pretty solid way to go.

As far as Waters is concerned, perhaps she needs a Snickers because she’s coming off a bit hangry.

BUSTED: Photographer Of Polar Bear that Became the Face of “Climate Change” Has Stunning Admission