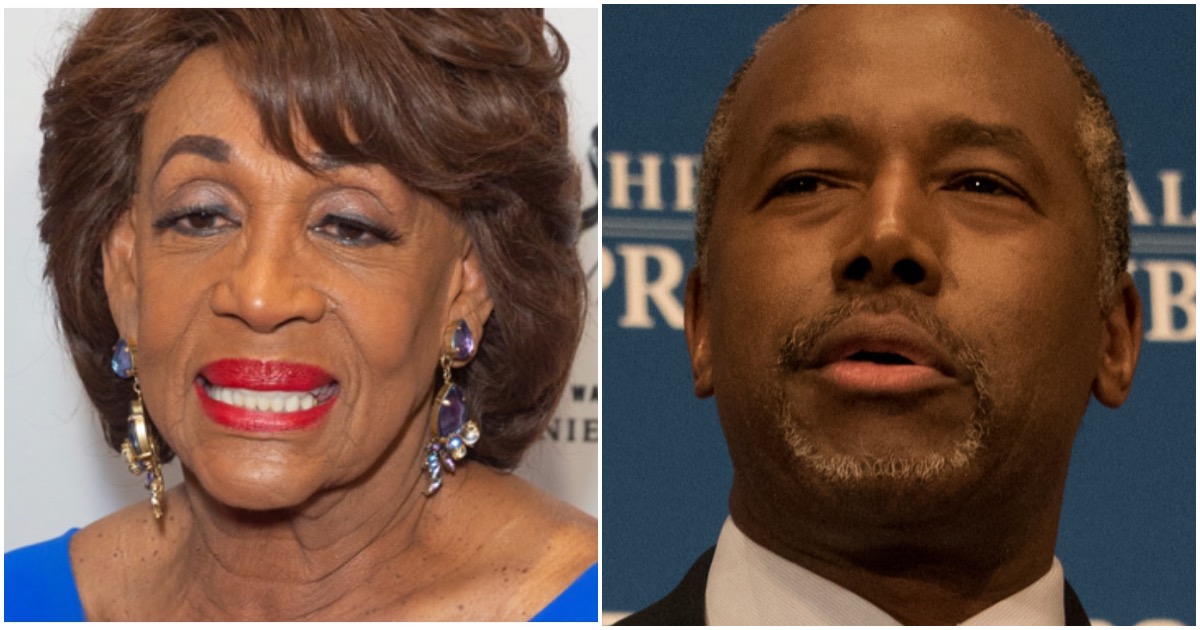 Maxine Waters (D-CA) never really seems to have a good thing to say about anybody. You’d think being a multi-millionaire with a decent amount of power would make her a little more cheery. But no. She chooses to remain ignorant to the facts and on the wrong side of history. Too bad. Waters now has beef with Housing and Urban Secretary chief Ben Carson. Because of course, she does. From Breitbart:

On Sunday’s broadcast of MSNBC’s “AM Joy,” Rep. Maxine Waters (D-CA) said former neurosurgeon Ben Carson did not have the “intelligence” for his current position as Secretary of Housing and Urban Development.

Democratic California Congresswoman Maxine Waters called Housing and Urban Development Secretary Ben Carson a “duck out of water” and a “complete failure at HUD” Tuesday after he dismissed her as a hypocrite lacking “basic manners” in an escalating war of words over America’s homelessness crisis.

The congresswoman’s response comes after Carson called her out in a letter Monday for failing to make time to meet with his office to discuss her concerns, yet criticized a recent report released by the Trump administration called The State of Homelessness in America that seeks to address the problem of more than half a million Americans who have no place to sleep on any given night.

Trump is so desperate. He has stooped so low so as to try and force the patriotic whistleblower to be exposed so that he can bully and threaten them as he always does. Too late. The impeachment train is coming!

Trump is so desperate. He has stooped so low so as to try and force the patriotic whistleblower to be exposed so that he can bully and threaten them as he always does. Too late. The impeachment train is coming!

Shoutout to my colleague Adam Schiff. He’s doing a masterful job conducting hearings & releasing transcripts, & will bring back witnesses to testify publicly. Trump can’t intimidate Schiff or stop the facts. He should just take a cue from Nixon, pack up his tanning bed & leave.

Shoutout to my colleague Adam Schiff. He's doing a masterful job conducting hearings & releasing transcripts, & will bring back witnesses to testify publicly. Trump can't intimidate Schiff or stop the facts. He should just take a cue from Nixon, pack up his tanning bed & leave.