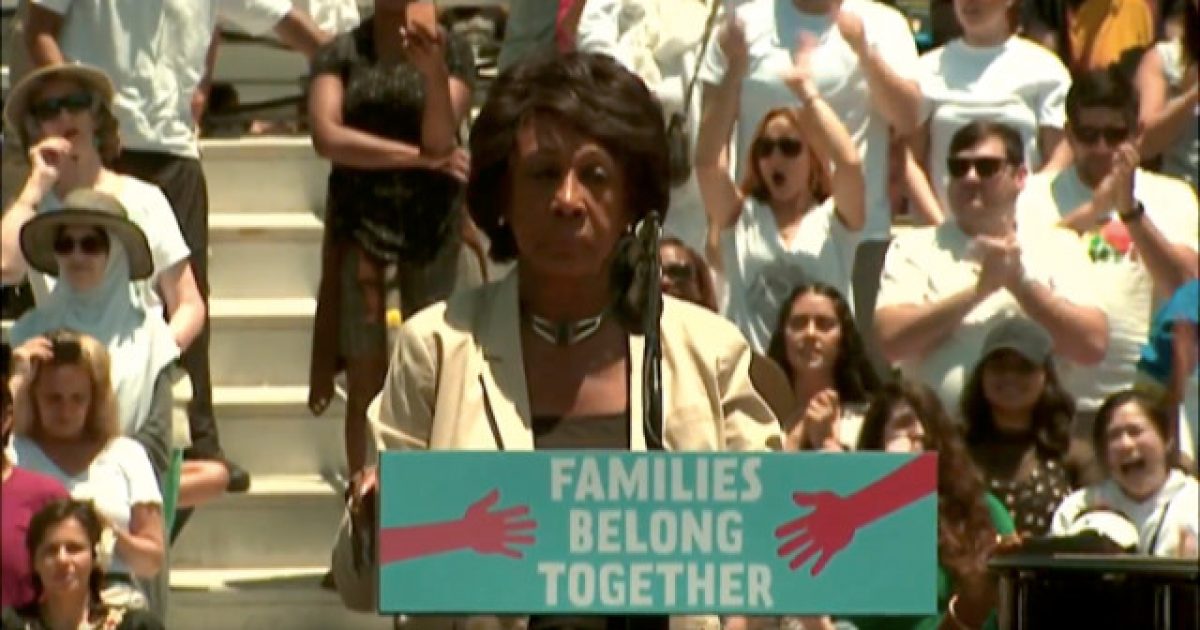 Rep. Maxine Waters spoke at an immigration rally over the weekend in California where she responded to folks giving her threats after she called for the continued harassment of individuals within the Trump administration, something she doesn’t feel an an ounce of regret for.

Apparently Waters is shaking off the various threats that were made against her and has doubled down on her rhetoric about wanting to see President Trump impeached and removed from office. It seems Waters mistakenly thinks that an impeachment is the same as being booted from office, but this is not so.

Former President Bill Clinton was impeached but not removed from office.

Waters took the podium at the Families Belong Together rally in downtown Los Angeles, one of the many rallies staged across the country urging for the reunification of families who were separated at the U.S.-Mexico border.

She told the crowd that she has “no fear” and is “in this fight” after saying some congressional lawmakers felt “intimidated.”

Her remarks came after she encouraged her supporters earlier this month to fight back against the White House amid a controversial immigration policy that ultimately led to the separation of migrant children from their parents after crossing the border.

Waters seems to have leapt off a cliff and landed in a deep, deep pool of pure crazy. There’s nothing, as of right now, to impeach Trump for, so the continued call for this shenanigans is bordering on obsessive stupidity.

If the vast majority of folks on the right had sought with such vigor to remove Obama from office, those people would immediately be labeled racists, all without a second thought. Yet it’s perfectly acceptable for those on the left to do the same exact thing to Trump and it’s all good.

The hypocrisy of this lady and her party is utterly astounding.