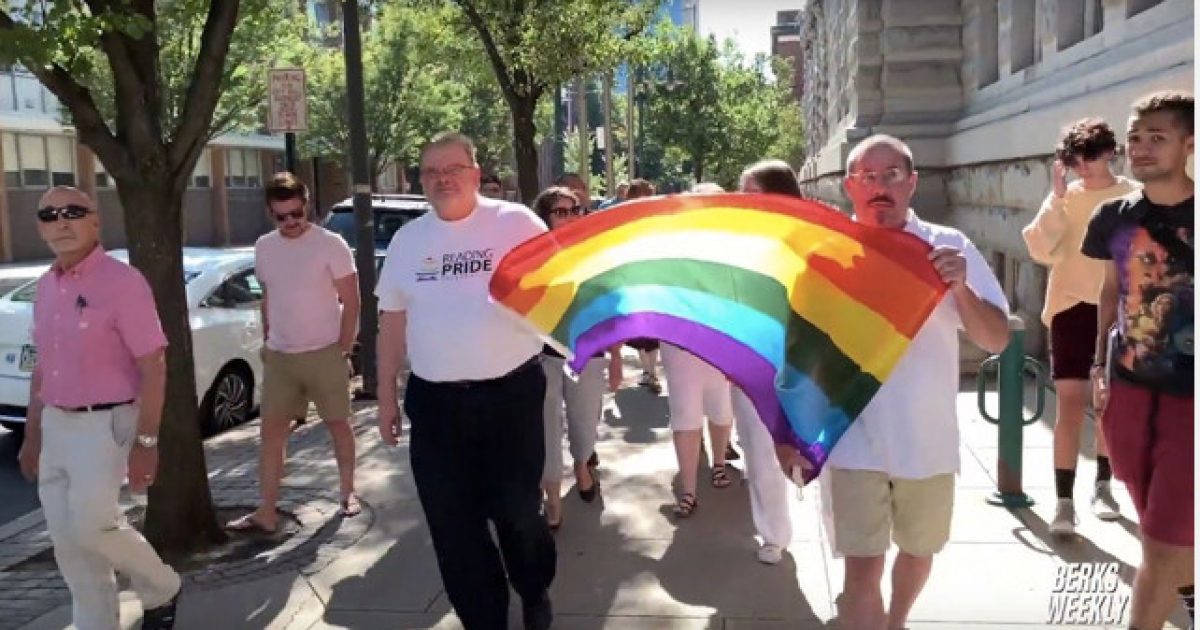 The city administration of Reading, Pennsylvania is being called discriminatory by rabid left-wingers after canceling a ceremony to raise an LGBTQ pride flag at city hall on Monday of this week.

City hall canceled the flag ceremony because flying the flag would be showing support for a “political movement” and no flags supporting such movements are to be flown at city hall.

“People don’t realize how many people come here looking to put up flags for movements and stuff, and I’m just not part of that, and I don’t think we should be,” the Democrat added to WPVI-TV.

The LGBT Center of Greater Reading issued a statement saying “what was supposed to be a proud and historical moment” turned into “a show of blatant, unacceptable discrimination.”

“We are not a cause,” the statement added. “We are human beings protected by an anti-discrimination ordinance in the City of Reading.”

Why should LGBTQ folks have a flag flying at city hall? If all they want is to be treated like everyone else, to be considered equal, why do they continually seek to have more rights and be a protected group?

That just doesn’t make any sense. It seems pretty clear what they are really reaching for is normalization. They want other people to accept their lifestyle as normal and acceptable, to be validated. This is because deep down, they know such a lifestyle is sinful and goes against nature.

This is identity politics at its finest.