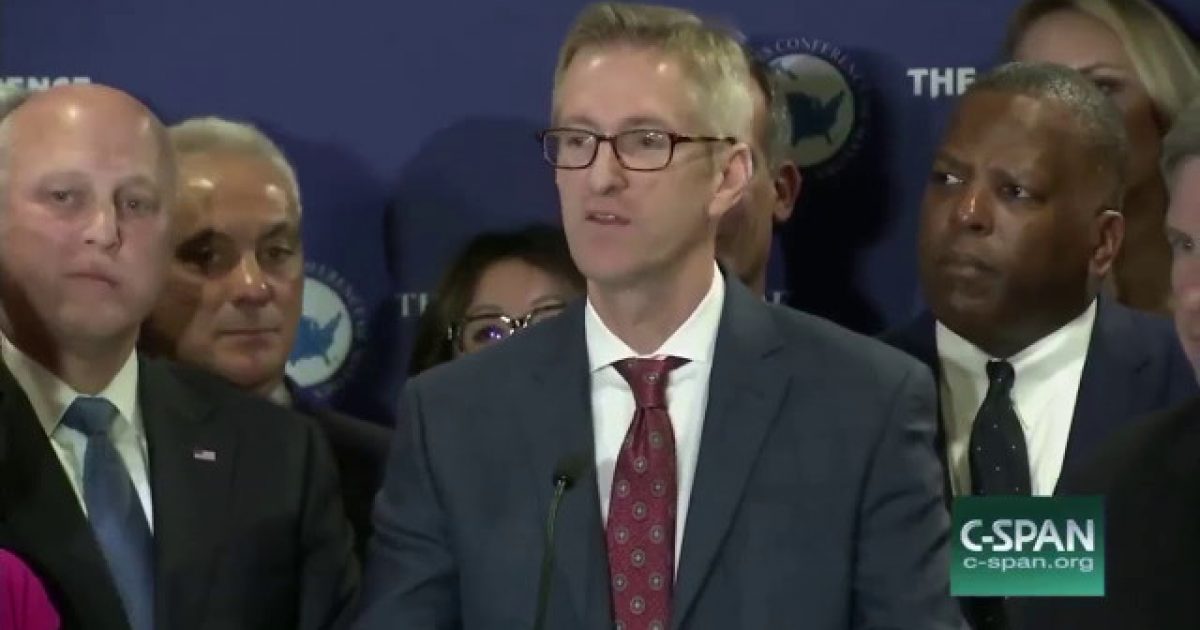 Just hours after violent rioting exploded in the city of Portland, Oregon, Mayor Ted Wheeler posted the most oblivious photograph ever to the Internet, featuring him and his wife, peacefully strolling through the city hand-in-hand as if nothing is going down in his burned out burg.

This has led to massive pushback from folks all across the political spectrum, with many calling for Wheeler to step down from office. Honestly, that might not be a bad idea, seeing as how he’s done nothing to put radical left-wing group Antifa in check.

“Saturdays in Portland,” however, are a lot different. The day before Mayor Ted Wheeler’s post, Antifa activists targeted journalists and went after protesters, some of whom were members of the right-wing Proud Boys. Below is some of the ugly footage posted by journalist and Quilette editor Andy Ngo and others which has been conveniently ignored by Mr. Wheeler:

Antifa attacks people on a bus. They try to pull them out and hit them with a hammer. #PortlandProtests pic.twitter.com/JSkCE1Vrcy

Photo of one of the men on the black bus after he was beaten, maced and had a hammer thrown at his torso during the antifa attack. pic.twitter.com/XPK4z8IbgJ

A large antifa mob chase & attack a man & a young girl who got separated from the others. No police. #PortlandProtests pic.twitter.com/erceCRVnad

The tweet from Mayor Wheeler, unsurprisingly, was ripped online for its oblivious nature. Twitter users, some claiming to live in Portland, pointed to the violent protesting in the city and Portland’s severe homelessness crisis. According to Portland Monthly, 2018 figures estimated 14,476 homeless people reside in the city.

Only a sociopath would tweet this out after this weekend's events

Anything else going on? https://t.co/ot4ZXYzcVS

Glad you and the wife are having such a wonderful time while part of your city burns and another part is wondering where their next meal is coming from. pic.twitter.com/mhMem4Ejtj

Meanwhile, down the street…… pic.twitter.com/NiM8JhpRpA

Seems Mayor Wheeler is just a tad bit out of touch with what’s happening in his city. Homelessness, massive violence and rioting, civil unrest.

Hardly seems like an ideal time to post a picture of a peaceful stroll through the city. It’s like Nero watching Rome burn and playing the fiddle.

The city could definitely use new leadership, perhaps someone with a more sensible approach to dealing with this sort of thing?

Trouble In Paradise? Ilhan Omar Just Got Super Bad News About Her District