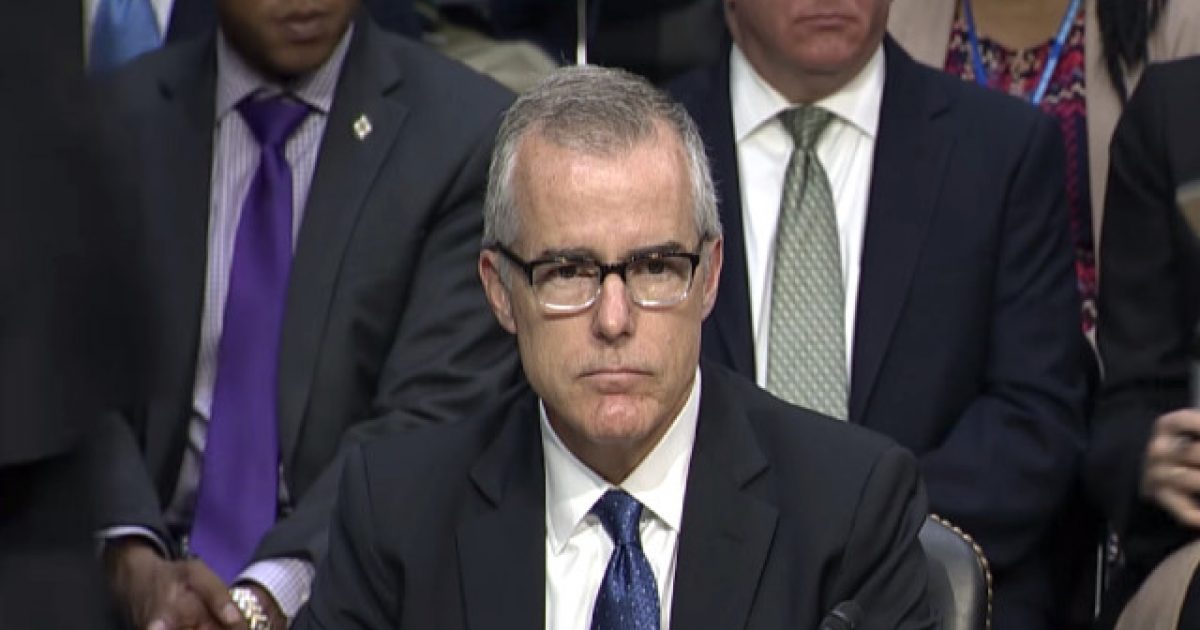 Former Acting FBI Director Andrew McCabe admitted in testimony given back in 2017 that was just released to the public on Thursday that the FBI was unable to “prove the accuracy” of the now infamous Steele dossier which was used as justification to obtain surveillance warrants for former Trump campaign aide Carter Page.

Well, now, that’s certainly a big revelation, don’t you think? If the FBI couldn’t prove there was any accuracy to the information that was included in the dossier, how was it substantial enough to obtain warrants?

“What is the most damning or important piece of evidence in the dossier that you now know is true?” McCabe was asked in December 2017, according to transcripts released Thursday by the House Intelligence Committee.

“Well, as I tried to explain before, there is a lot of information in the Steele reporting. We have not been able to prove the accuracy of all the information,” McCabe replied.

Questioned on former British spy Christopher Steele reporting on Page, McCabe was asked: “You don’t know if it’s true or not?”

See, here’s the thing. In order to obtain the warrants against Page, FBI agents asserted that he was an “agent” of Russia. However, the Mueller probe failed to prove that. A summary released by the Justice Department back in January shows that at least two of the warrants obtained by the FBI against Page did not have probable cause.

What this means is that information the FBI held did not meet the legal requirements from the Foreign Intelligence Surveillance Act to justify issuing the warrants.

As many of us have said from the beginning, this whole mess smacks of some sort of plot or scheme by folks within the government to try and oust Trump from office. The evidence for such a theory just keeps piling up.

Hopefully, if this does indeed turn out to be the case, those involved will be brought to justice for their attempted subversion.