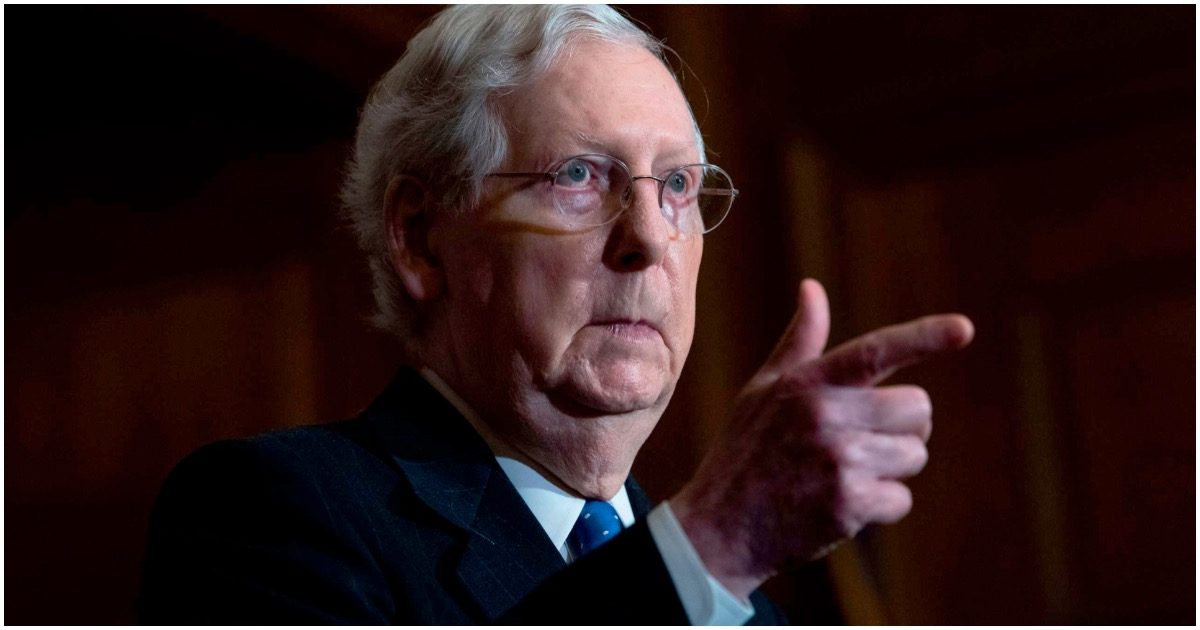 Mitch McConnell just won another six-years to the Senate last November. Meaning, he’s not even one month into his latest term.

Now that President Trump is gone from the White House, the Kentucky Republican is going after POTUS like there’s no tomorrow – despite voting to acquit.

Senate Minority Leader Mitch McConnell (R-KY) ripped into former President Donald Trump after voting to acquit him, along with 42 other Republicans, of incitement of insurrection, and argued that Trump was still morally and practically culpable for what happened on January 6.

“American citizens attacked their own government; they used terrorism to try and stop a specific piece of domestic business they did not like. Fellow Americans beat and bloodied our own police. They stormed the Senate floor. They tried to hunt down the Speaker of the House; they built a gallows and chanted about murdering the vice president. They did this because they’d been fed wild falsehoods by the most powerful man on Earth, because he was angry he lost an election,” McConnell told the Senate.

The Kentucky senator emphasized that “there is no question” Trump remains “practically and morally responsible” for provoking the Capitol riot, and that the rioters believed they were “acting on the wishes and instructions” of the president. “The leader of the free world cannot spend weeks thundering that shadowy forces are stealing our country and then feign surprise when people believe him and do reckless things,” added McConnell.

"There's no question that President Trump is practically & morally responsible for provoking the events of the day. No question about it … The people who stormed this building believed they were acting on the wishes & instructions of their President." pic.twitter.com/In8dL3vU2y

Very strong language from McConnell. Maybe he will soon be censured by the Kentucky GOP?