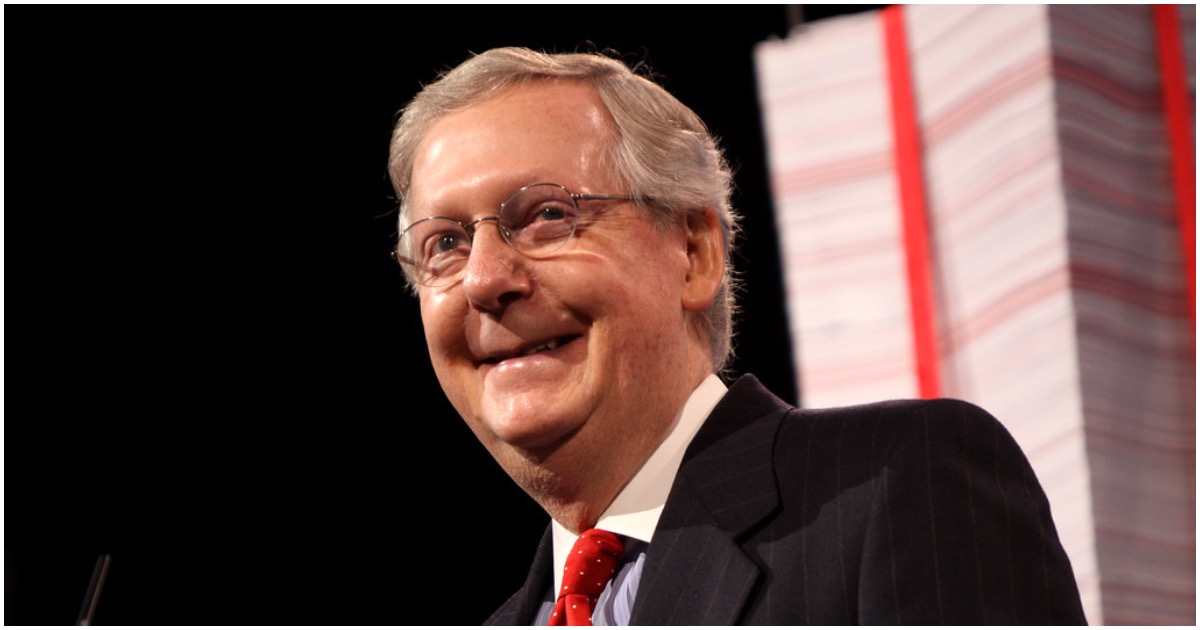 Senate Democrats are up to their old tricks.

Cocaine Mitch ain’t havin’ it, though.

Check out what’s going down in the upper chamber…

The Senate majority leader and his 52 GOP colleagues sent a letter to the Supreme Court on Thursday pushing back against a Democratic amicus brief urging the court not to take up “political ‘projects” like a new challenge to New York City’s gun laws.

Led by Sheldon Whitehouse of Rhode Island, five Democratic senators argued earlier this month that the case was part of a drive to install a conservative majority on the court and strike down gun laws. The Democrats closed their letter by suggesting that voters may eventually demand the Supreme Court be “restructured in order to reduce the influence of politics” if it continues on its current course.

McConnell (R-Ky.) and the Senate GOP said the effort “openly threatened this court with political retribution if it failed to dismiss the [New York] petition as moot.”

“The implication is as plain as day: Dismiss this case, or we’ll pack the court,” the Republicans wrote in the letter, first reported by the Washington Post, adding that they would fight against any restructuring plans.

It’s quite stunning that the left refers to conservatives and fascist when all they do is nothing but attempt to silence those with whom they disagree.