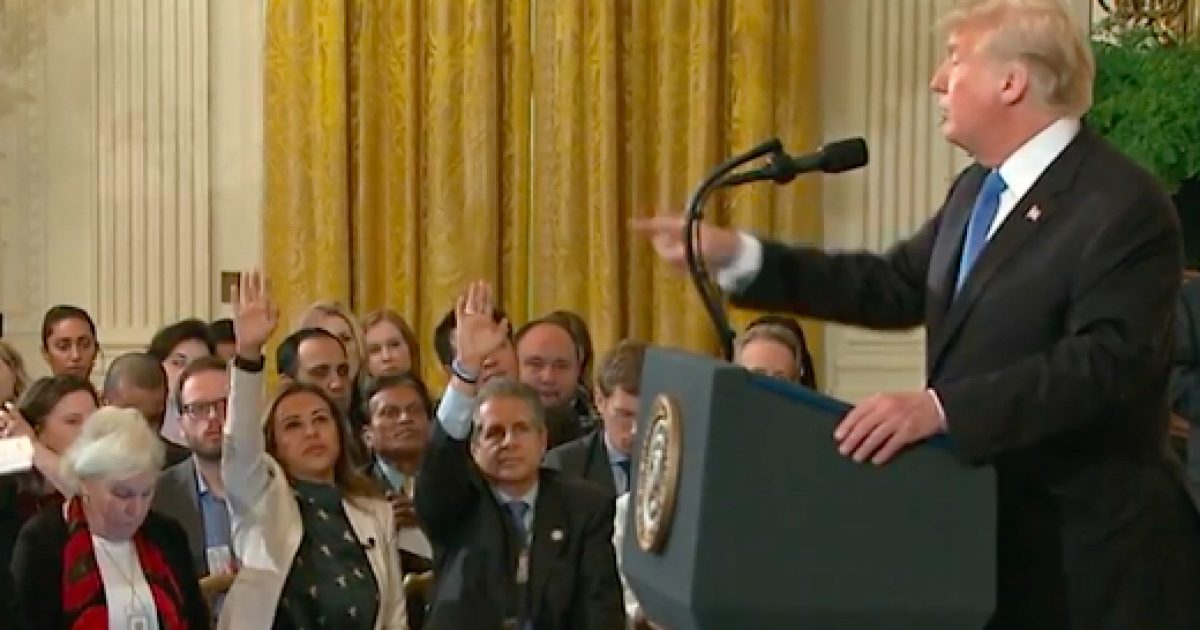 The mainstream media attempted to brazenly have their cake and eat it too during the President’s tumultuous Wednesday afternoon press conference,

During a question about President Trump’s feelings on the migrant caravan, CNN’s Jim Acosta attempted to agitate the President, hoping to goad him into some sort of gaffe.

After CNN’s Jim Acosta pressed him on why he characterized a caravan of a few thousand Central American asylum seekers hundreds of miles from the US border “an invasion,” the president erupted.

“That’s enough. Put down the mike. I’ll tell you what, CNN should be ashamed of itself having you working for them. You are a rude, terrible person. You shouldn’t be working for CNN. You’re a very rude person. The way you treat Sarah Huckabee is horrible. You shouldn’t treat people that way,” he said, referring to his spokeswoman, who frequently spars with reporters during press briefings.

The press was then unleashed; unburdened by the decorum of journalistic integrity.  They smelled blood after the President’s altercation with Acosta, and you could see it in the way they began to play musical chairs with the microphone.

Seeing that the President was choosing from whom he would take questions, several called-on reporters would not-so-subtly pass the microphone to their un-recognized colleagues, in what for all intents and purposes was an attempt to annoy or anger the Commander in Chief.

As the conference wore on, the questions became more heated, and the President’s responses ran the gamut of guilt to grandstanding.

Sarah Sanders, for her part, was reported to have laughed at some of the President’s points.

Trump Takes Air Out of Dem Sails with Midterm Assessment