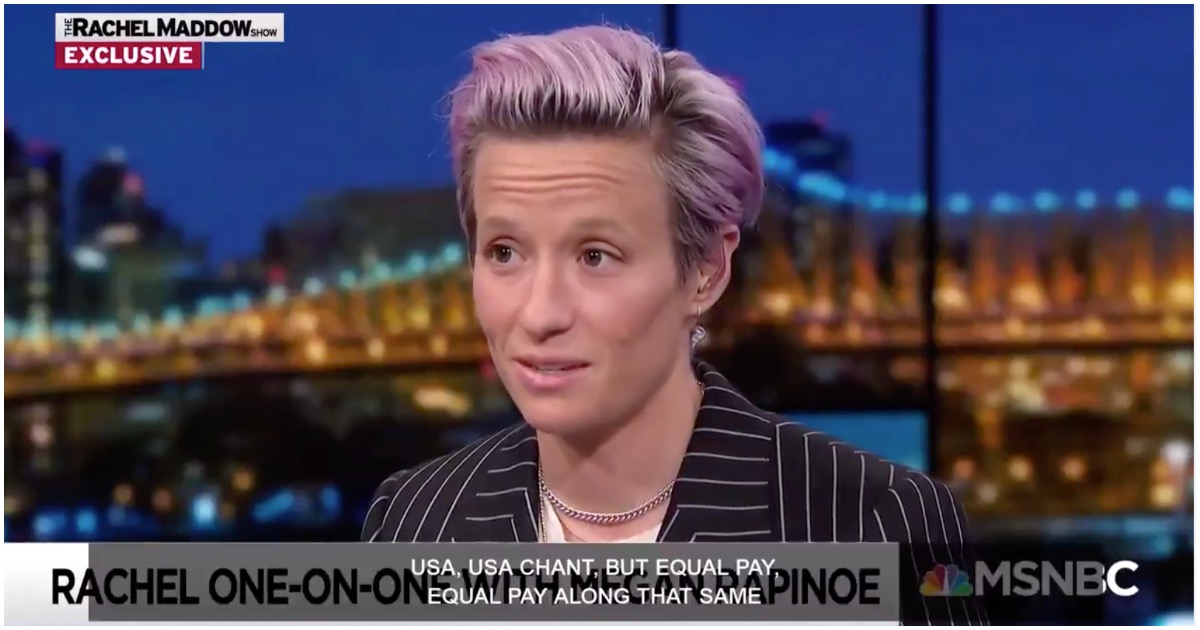 The U.S. men’s national soccer team earns more than the women’s team for a number of reasons.

It has nothing to do with winning. It’s all about the Benjamin’s.

Anti-Trump co-captain Megan Rapinoe, one of the players on the team who is suing for more money, appeared on MSNBC to preach about the tremendous effects of capitalism without even knowing it.

College students love socialism because their professors tell them to. It’s that simple.

Of course, what said professors neglect to mention is that socialism means everyone fails equally and nobody is allowed to get ahead in life.

In the video below, some college kids say they view socialism more favorably than capitalism.

And yet, when it comes to the prospect of redistributing their GPA to fellow students who don’t perform as well…they are not so thrilled.

One student noted, “I’m all for helping, but I wouldn’t give some of my points… I’ve lost a lot of sleep so I don’t know if that would be fair. I like, study all day for my grades.”

Clearly, there is some hypocrisy at play here. Also, there’s a lack of understanding of what socialism truly means.

If only these kids knew how silly they sound, huh?

HERE WE GO: Ocasio-Cortez Now Says Pelosi Is Targeting Her Because Pelosi Is A Racist