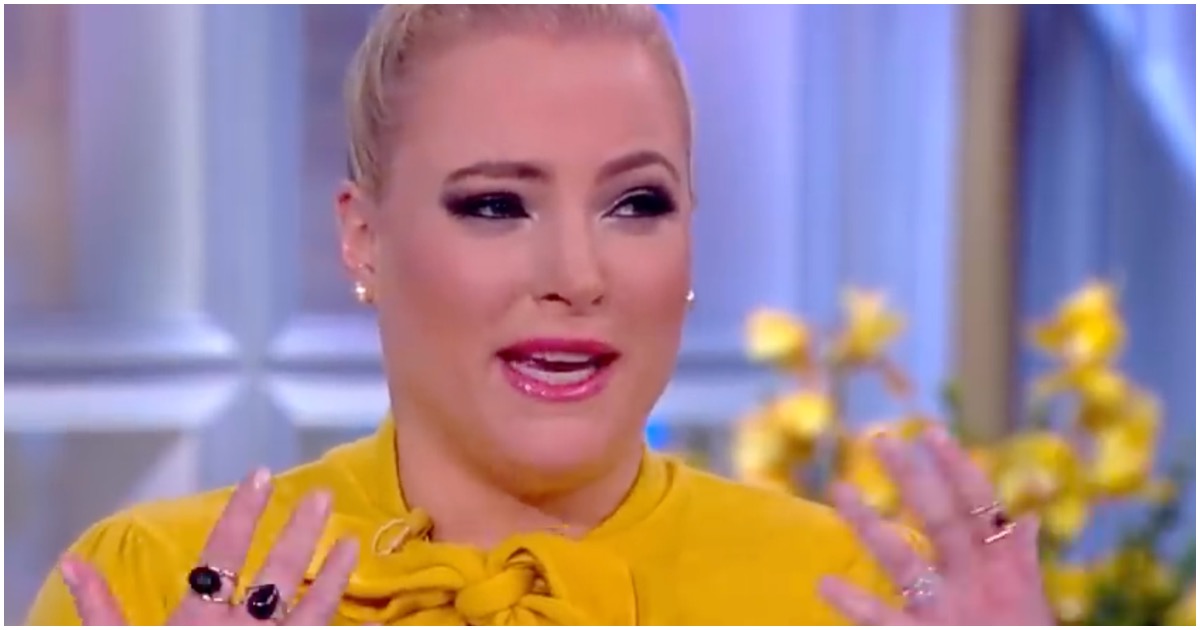 The View‘s Meghan McCain loathes President Trump because he never saw eye to eye with her father.

In that respect, her dislike of the commander-in-chief makes sense. However, Meghan often portrays herself as a conservative.

What’s wild is that she’s supposed to be the Republican voice on the liberal, day-time gabfest.

In fact, on Monday, Meghan referred to herself as a “hardcore conservative.”

While speaking about the Mueller report, which 100% vindicated Trump, McCain says she’s having an “existential crisis” and whines that the media’s coverage of Trump will get him re-elected in 2020.

The right-leaning hosts, who spent the entire last week going off about Trump attacking John McCain, were reluctant to give Trump credit now. Meghan McCain did admit, however, that the media was in trouble and this could even help Trump get re-elected:

“Trumpers love this. And by the way, this could get him re-elected. The media getting way out ahead of their skis on this and saying its collusion, that he’s a Russian spy–” she began as her liberal peers grumbled in disagreement.

McCain noted, “I’m exhausted and exacerbated by media coverage of this, because it was hyped so much. I don’t have a horse in this race in the sense that I actually came in here today and I was like maybe the person sitting in this specific chair should be a Trumper, because I don’t like him and I think he has the mental and emotional capacity of King Joffrey in Game of Thrones, but that doesn’t make him a Russian spy.”

She added, “And I actually have been like having a sort of existential crisis with this. Because I’m not a Trump supporter. I’m a hardcore conservative. I’m not a Trump populist. And this is where divisions lie as we’ve been talking about on this show. Trumpers love this, and by the way, this could get him re-elected, the media getting so out over their skis with this and saying it’s collusion, he was a Russian spy.”

Regarding Trump 2020, some financial experts say 45 will win easily – via Daily Wire:

Luskin was echoed by Yale economist Ray Fair, whose economic model also predicted Trump’s 2016 victory. He stated, “Even if you have a mediocre but not great economy — and that’s more or less consensus for between now and the election — that has a Trump victory and by a not-trivial margin.” He said that in the current economy, Trump would get 54% of the vote.