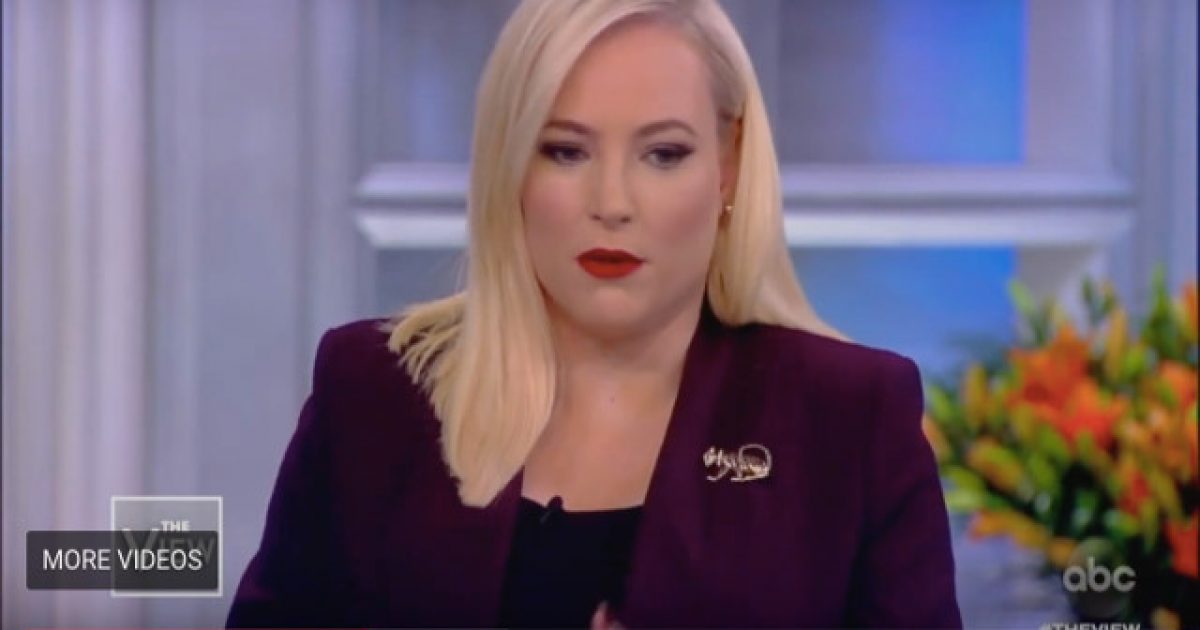 Meghan McCain, co-host of “The View,” is making some rather strange allegations against the Trump administration, claiming that she believes they are using their positions to create a “slush fund” for Russia and its president Vladimir Putin.

McCain, 35, made the comment during a brief moment on Monday’s show in which she addressed her presentation of the Magnitsky Award to Oleg Sentsov, who was imprisoned in Russia for coming out against Russia’s annexation of Crimea, last week.

“I was at the Magnitsky Human Rights Awards in London, and Sergei Magnitsky was someone who found corruption in Russia, was subsequently tortured and killed because of it, and there is now an act that is in the United States, and we’re trying to make it expand globally where basically Russia can’t use the West and democracy for their dirty money, that they can’t launder it in countries that love and utilize democracy and freedom every single day,” she said.

Before the show went to a commercial break, she added, “I believe there are people in the Trump administration that are trying to use the West as a slush fund for Vladimir Putin and Russia, and we cannot let it happen.”

Russian attorney Natalia Veselnitskaya stated previously she discussed the reexamination of the Magnitsky law with President Trump’s son, Donald Trump Jr., here referenced by McCain, during a meeting that took place back at Trump Tower back in 2016 before Trump won the election.

Navy SEAL From Bin Laden Raid Calls Out Biden For Saying Trump ‘Not Fit To Command’ Troops, Says ‘How Dare You’