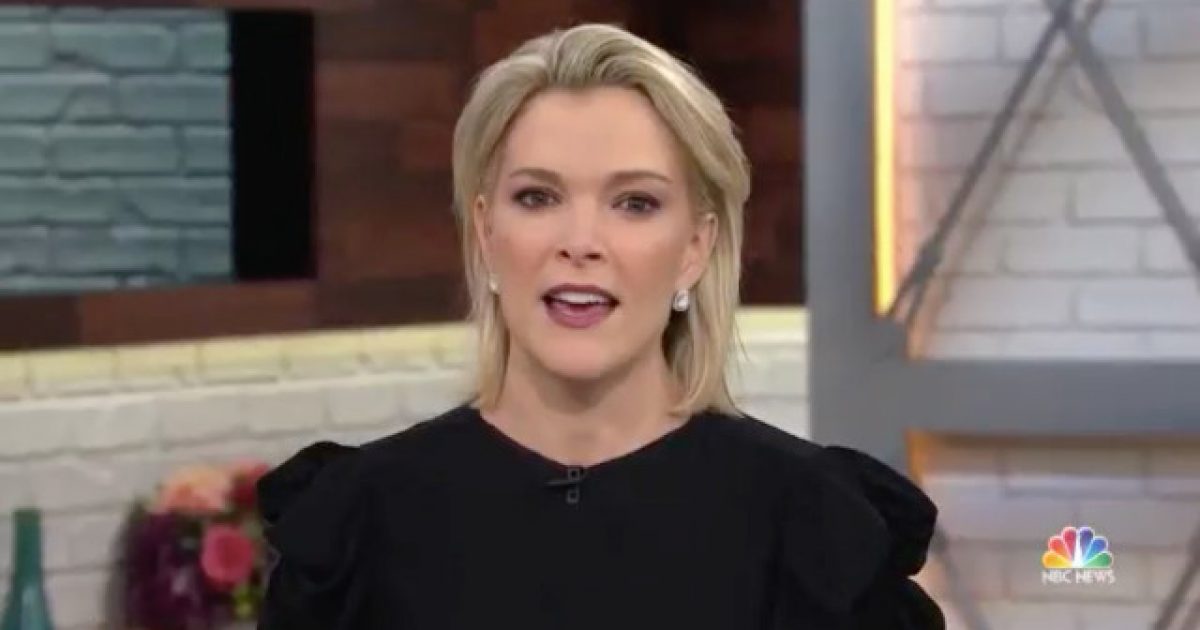 Former Fox News personality and current NBC host Megyn Kelly was not on the air Thursday morning to host her talk show and it looks like there’s a strong possibility she’s not going to be back on the air at all?

Well, if new reports are accurate, she’s already been booted out the door.

Kelly’s show was already not nearly as popular as NBC executives were hoping it would be when they signed her for a three-year, $69 million contract, but what seems to have sunk her battleship involves comments she made concerning blackface.

“Megyn Kelly is expected to wind down her 9 a.m. Today show hour by the end of the season, a source close to the situation tells The Hollywood Reporter.”

Sources tell THR that Kelly has met with network executives in recent weeks to discuss the future of the show and expressed a desire to cover more news and politics. It’s unclear what NBC News would put in place of Kelly’s show. But the discussions are at least an acknowledgement that the experiment is not working and that Kelly would prefer to be covering more news as she did with the Brett Kavanaugh hearings.

But CNN went further, saying Kelly will also not appear on Friday and may not return at all.

Two people familiar with the matter confirmed that to CNN Business and said Kelly’s show will be ending. Negotiations about the end date and other details are still underway. But Kelly will not be hosting Thursday’s program, and she is unlikely to return later, one of the people said. So “Megyn Kelly Today” may end very soon.

The former Fox News anchor got into hot water when she defended white people who wanted to wear blackface on Halloween.

“But what is racist?” Kelly asked on her show this week. “Because you do get in trouble if you are a white person who puts on blackface on Halloween, or a black person who puts on whiteface for Halloween. Back when I was a kid that was OK, as long as you were dressing up as, like, a character.”

The retribution on social media was swift and brutal. Even the cast of “House of Cards” who was due to make an appearance on her show pulled out as guests. NBC News chairman Andy Lack also condemned Kelly’s remarks.

On her show on Wednesday, Kelly, fighting to keep her composure, made an apology for the comments. However, as we all well know, there’s no forgiveness in the bitter hearts of America’s modern day leftists. Mistakes carry long lasting consequences that can never be undone, no matter how much you apologize or try to make amends.

According to the NY Post, Kelly’s departure has now been made 100 percent official.