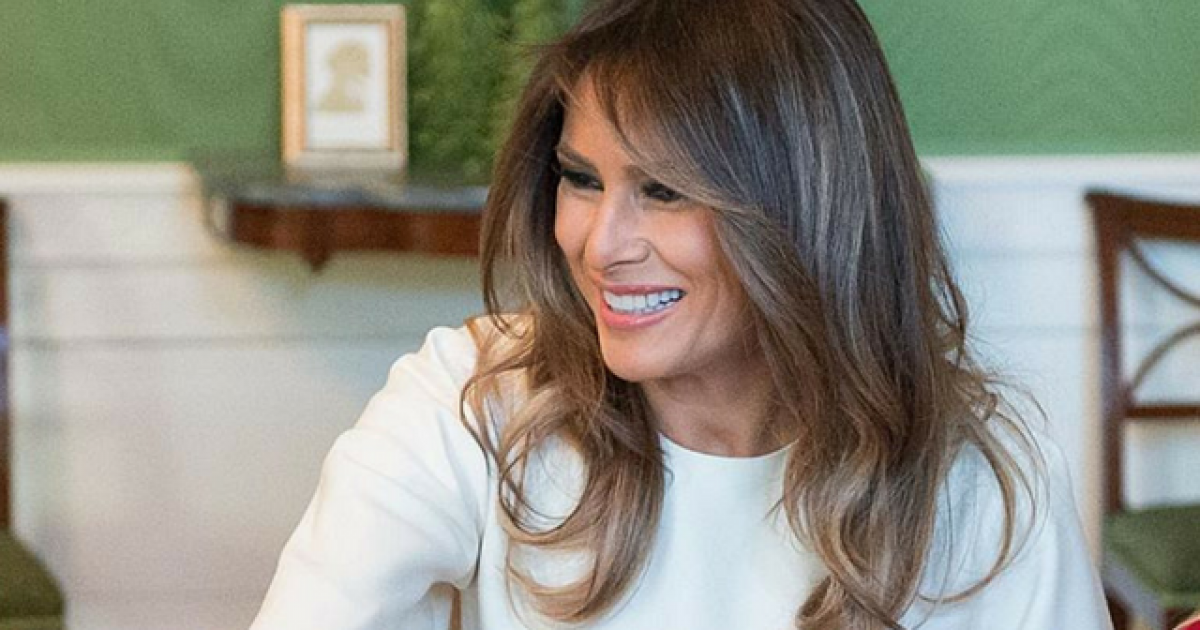 The left seems obsessed with portraying Melania Trump as some kind of damsel in distress, undisturbed by the fact that this unfair characterization of the First Lady is completely and totally sexist.

But of course, leftists don’t care at all about being sexist, racist, homophobic, or otherwise bigotted if these sentiments are aimed at anyone on the right, and despite the fact that Melania has hardly done anything remotely offensive in her tenure as First Lady, she’s married to Trump, so the left continues to condescendingly pity her as if she is not an independent woman capable of making her own decisions.

So when they jumped all over a story that Trump had flown into a rage after discovering Melania watching CNN (or in close proximity to a television playing CNN, at least) on Air Force One, Melania’s spokeswoman shut them down, exposing their pettiness and hypocrisy in one simple statement:

NEW: I asked @StephGrisham45 whether @FLOTUS had comment on the new Trump/Cohen tape details, and if she indeed was watching @CNN aboard Air Force One, upsetting the president, as @maggieNYT & @katierogers reported last night. Here's the response I got: pic.twitter.com/SJbxbnolMp

Melania Trump has been working on her Be Best campaign, which is addressing Neonatal Abstinence Syndrome, a little-known aspect of the opioid epidemic affecting the children of opioid addicts.

That’s right–the First Lady has no time for stupid rumors about what she’s “allowed” to watch because she’s too busy paying attention to the kinds of things that actually matter to our country.

Barack And Michelle Obama Praise Chauvin Jury, Say They ‘Did The Right Thing,’ Call For The U.S. To Reach ‘True Justice’
April 21st, 2021 The Political Cowboy