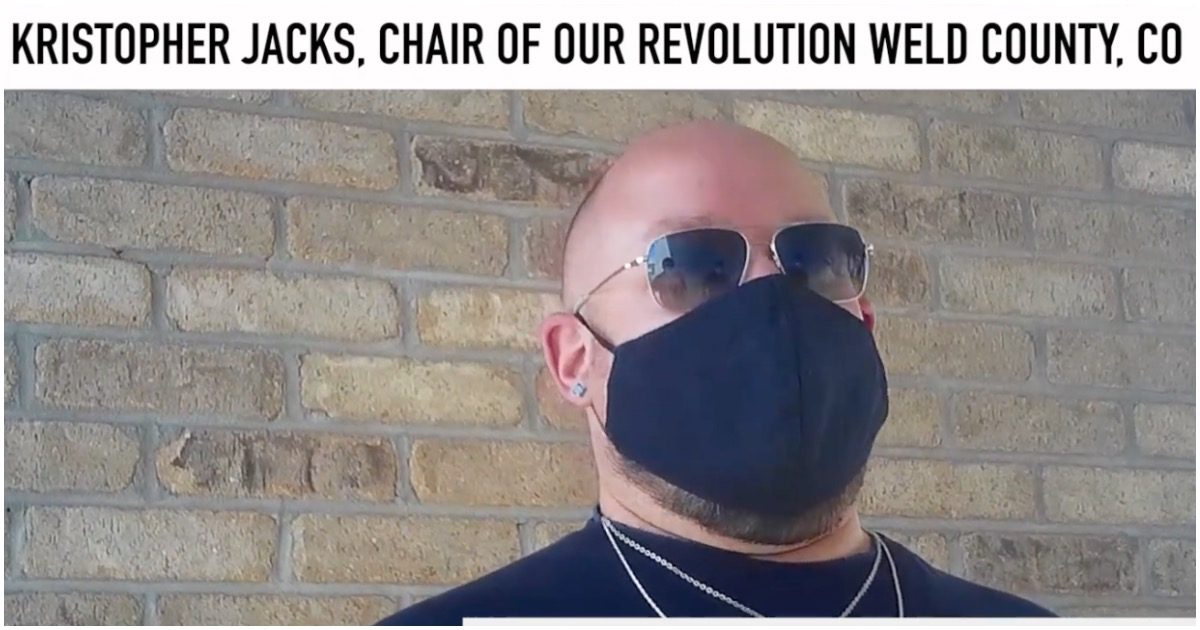 James O’Keefe is at is again, doing the work the mainstream media refuses to touch. Project Veritas is seemingly the only trustworthy organization in politics, these days.

A newly-released undercover sting video from James O’Keefe’s Project Veritas allegedly showed a “member of the Colorado Democratic Party Executive and Central Committees” advocating for the use of violence to achieve political ends and arguing that it is “morally acceptable” to “lie,” “cheat,” and “steal” in order to win.

Kristopher Jacks was listed on the Weld County Democratic Party’s website as the “chair of our revolution weld county, and a member of the Colorado Democratic Party Executive and Central Committees.”

“We’ve been following Kris Jacks for a long time. We first met him, during the presidential primary race. Now, we have caught up with him in Colorado,” O’Keefe said in a statement. “Jacks represents the radical wing of the Democratic Party in Colorado–he is someone most Americans should be afraid of.”

BREAKING: @WeldDems have REMOVED Kristopher Jacks from their website!

Before Jacks was listed as a member of the "Colorado Democratic Party Executive and Central Committee"#ArmedRevolution pic.twitter.com/fCD9spQehr 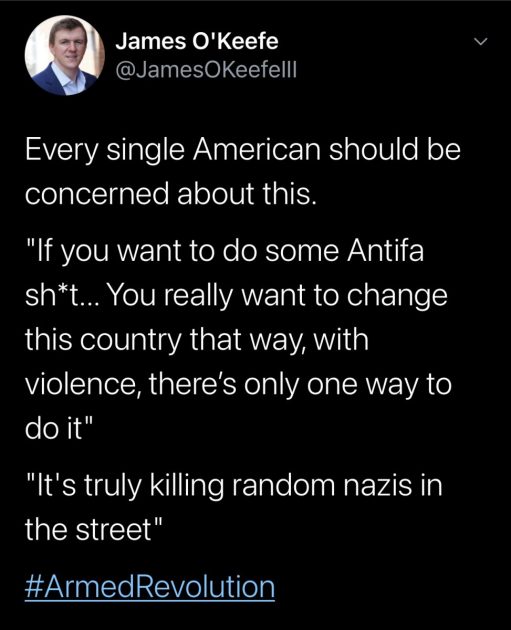 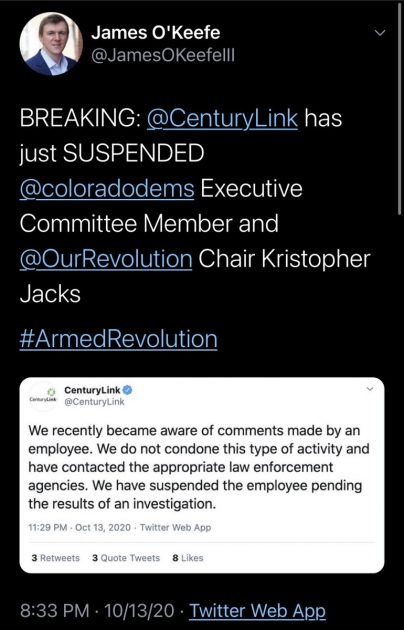