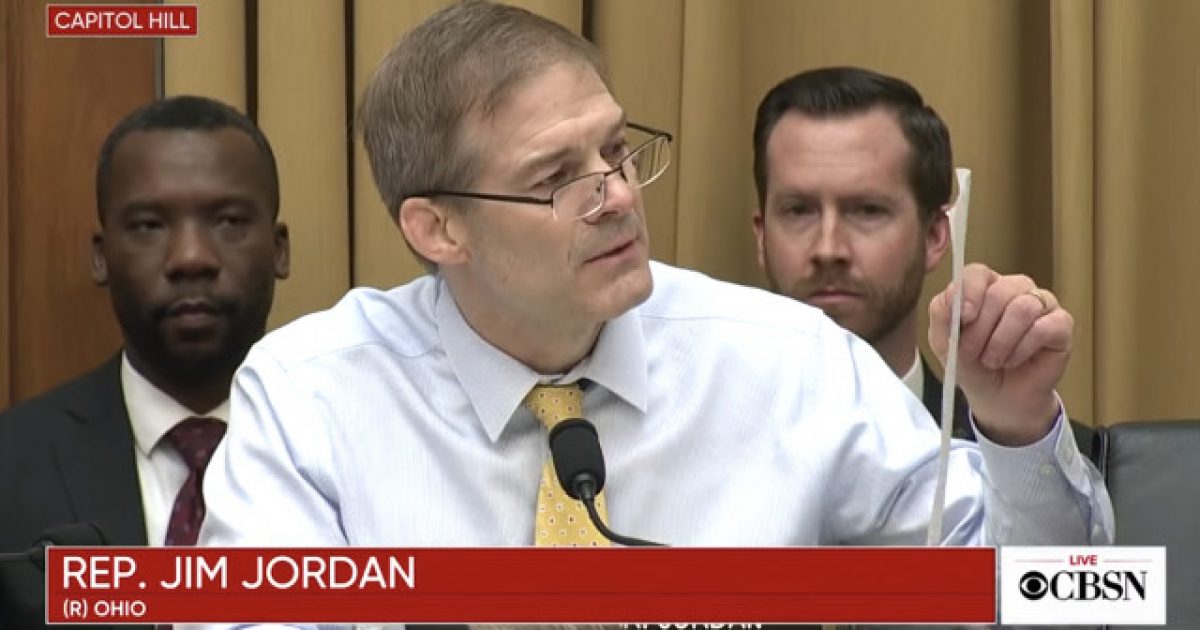 Republicans members of the House of Representatives are planning to subpoena the whistleblower whose complaint is responsible for Speaker of the House Nancy Pelosi’s impeachment inquiry into President Trump, in order to force him to testify publicly.

Rep. Jim Jordan stated that Republicans want to see this whistleblower testify in a public hearing before Congress, though it seems highly unlikely that Democrats will allow this to happen since they have control over the House and have veto power over the subpoena requests for witness testimony.

Several House Republicans have called on the whistleblower to testify as part of the investigations into Trump’s relationship with Ukraine and his July 25 phone call with Ukrainian President Volodymyr Zelensky. The whistleblower complaint alleges that Trump may have improperly pressured Ukraine to investigate political rival Joe Biden and his son Hunter’s ties to a Ukrainian energy company.

Some Republicans, including Trump, have called for the identity of the whistleblower, who is allegedly career CIA analyst Eric Ciaramella, to be revealed.

Ciaramella, 33, was Ukraine director on the National Security Council during the end of the Obama administration and remained there during the early months of the Trump administration when he was briefly acting senior director for European and Russian affairs.