In fact, the tactic has been so profound that a number of memes have been created in order to expose the absurdity of the claims. 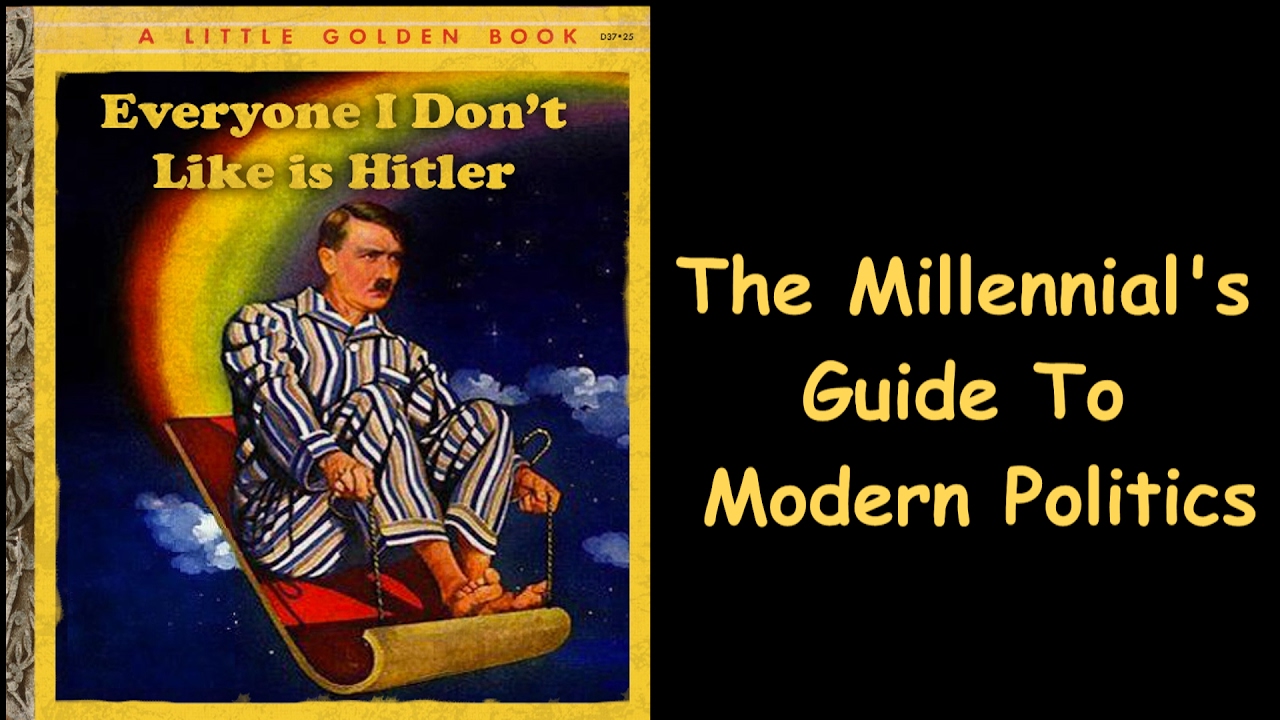 Not only is this sort of pedantic and repetitious slander annoying, but it is also extremely boring and unoriginal.  Yes, Hitler was the worst of the worst – a despicable human being, (if you want to call him that), and the father of modern-day racism in more ways than one.  His actions were inexcusable and undeniably horrific, but saying that anyone, in any part of the world today is similar to Hitler is downright offensive.

Comparing any single issue we face today to the rise of Hitler in Europe is not only foolish, but completely belittles the events of World War II and, specifically, The Holocaust.

Yet, here we are, with French President Emmanuel Macron alluding to Trump as a Hitlerian figure right to his face.

Now, it seems as though Angela Merkel, of all people, is jumping on Macron’s bandwagon.

Angela Merkel called for the creation of a ‘real, true’ European army during a speech to EU ministers on Tuesday in a rebuke to President Trump.

The German Chancellor also called for a European Security Council that would be responsible for coordinating defence policy across the continent.

Merkel spoke out after French President Emmanuel Macron floated the same idea last week, and hours after Donald Trump lambasted him for it on Twitter.

Meanwhile, Trump joked that Parisians ‘were starting to learn German before the U.S. came along’ and liberated France during the Second World War – and told EU leaders to pay their fair share to NATO.

This sort of inference is so horrifically misguided and offensive that believing it to be anything more than an attention-mongering tactic would be foolish.

Merkel and Macron are both attempting to shame a powerful US President into capitulation to the EU standards – which, of course, derive themselves from the ideals of globalism.  This is precisely the opposite of what Americans want, at least according to the results of the 2016 election, in which the US turned heavy toward populism.

The FBI reportedly met with Twitter and Facebook executives in the months leading up to the 2020 presidential election.
By Randy DeSoto, Western Journal  December 7, 2022 Comment MoreShare

Greg Gutfeld is showing us how Elon Musk is once again demonstrating to the left what freedom of speech truly means.
By Peter Partoll, Western Journal  December 7, 2022 Comment MoreShare

This isn’t the first time that AOC has been the target of an ethics complaint.

How risky are these strikes with Putin’s nuclear warnings still flowing steadily through the state-run media?

The footage was rather stunning.

Did Dr. Jill let the cat out of the bag?