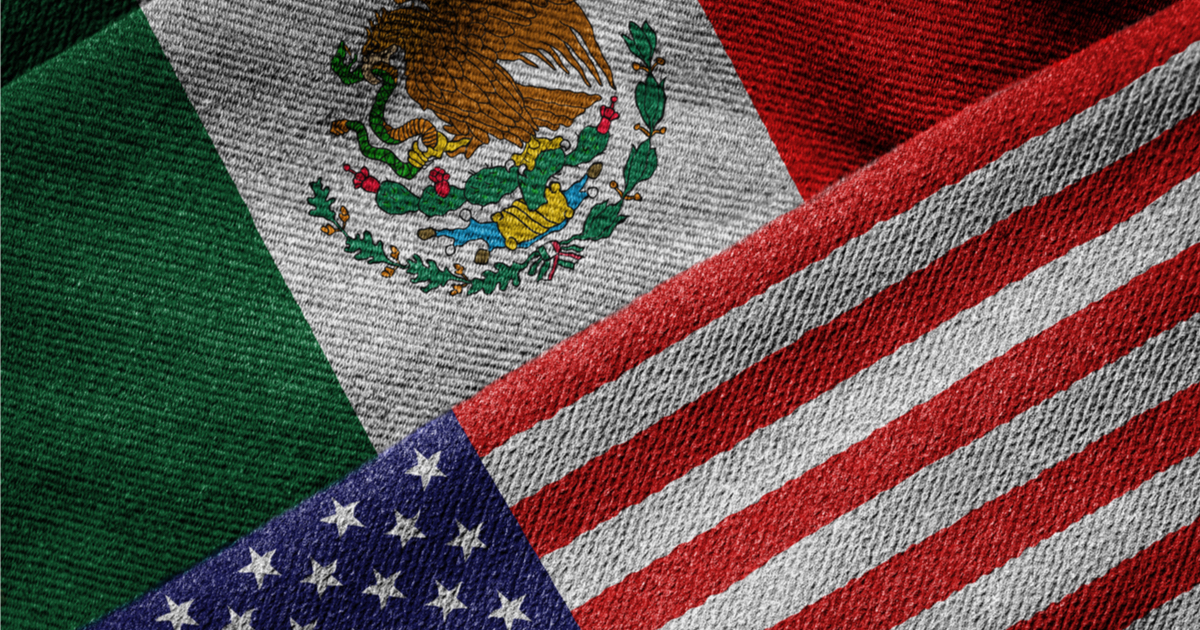 President Trump’s insistence on securing our southern border with Mexico has become a flashpoint for the unkempt “resistance” against him.

One of then-candidate Trump’s most popular campaign promises was to erect a “big, beautiful wall” on our nation’s border with Mexico.  The hope was that this would both funnel would-be Americans through the naturalization process, and help to make life difficult for the criminals who use our border as a means of moving their illicit goods…whether those goods are drugs, guns, or human trafficking victims.

As a caravan of Honduran migrants are moving north, hoping to test the President’s resolve on the issue, a showdown loomed that even saw the Commander in Chief threaten to bring the military into the fray.  The possibility of confrontation didn’t seem to phase the migrants, who have been calling out President Trump by name in their march.

Now, Mexico and the United Nations have joined forces with the President and the rest of these United States in an effort to prevent just such a calamity.

The Trump administration on Thursday night welcomed a Mexican government plan to work with the United Nations refugee agency to deal with a controversial caravan of mostly Honduran migrants — fleeing poverty and violence — before they can make their way to the U.S.-Mexico border.

The caravan of migrants, who number anywhere between 1,500 to 4,000 people, has angered President Donald Trump. This week, he threatened the governments in Central America and Mexico if they failed to deal with the situation.

A top Mexican official said Thursday night that his government will ask the UN High Commissioner for Refugees to help identify “legitimate” asylum claims from the migrants who are part of the caravan making its way through his country’s southern border en route to the U.S.

Under the Mexican government’s plan, those migrants whose asylum claims get rejected would be immediately repatriated to Honduras and other countries, Gerónimo Gutiérrez, the Mexican Ambassador to the U.S., told Fox News’ “Special Report” in an interview.

This necessary cooperation only serves to bolster the President’s point that the US alone cannot handle the onslaught of illegal immigrants attempting to enter our country on any given day.  A wall, such as proposed by the President, is the the only alternative to spending billions of dollars in manpower and resources to do the same job.

Related Topics:borderFeaturedimmigrationmexicounited nations
Up Next

‘National Teacher Of The Year’ Makes Call For Violence Against McConnell

A man who was named the “National Teacher of the Year” back in 2019 by the Council of Chief State School Officers recently tweeted that Senate Majority Leader Mitch McConnell’s neighbors should rip a page out of the playbook the neighbor who assaulted Sen. Rand Paul and violently attack McConnell. According to Rodney Robinson this would make such an individual a “true Kentucky hero.” The neighbor who assaulted Sen. Paul left him with six broken ribs which made it necessary for doctors to remove a part of his lung. Robinson tweeted, “Who are Mitch McConnell’s neighbors? I’m just saying Rand Paul’s neighbor did what a true Kentucky hero should do. It’s your turn to step up.” https://twitter.com/KyleKashuv/status/1344435826688745474 via Daily Wire: Paul’s wife Kelly Ashby Paul issued a fiery response, tweeting, “I am so disgusted by this I have no words. The 2019 ‘National teacher of the Year’ is celebrating the violent assault on my husband that resulted in 6 broken ribs and part of his lung being removed. This hateful thug is calling for more violence on Sen McConnell.” Robinson eventually deleted the tweet and posted a response to the backlash, which he blamed on “conservative bots“: “I made a Mitch McConnell joke today and the conservative bots are real angry. It’s funny because the joke was made early today and no one said a thing until I promoted black medical awareness.” When he was awarded Teacher of the Year in 2019, the Council of Chief State School Officers said of Robinson, “He creates a positive school culture by empowering his students – many of whom have experienced trauma – to become civically minded social advocates who use their skills and voices to affect physical and policy changes at their school and in their communities,” CNN noted. Notice how after…