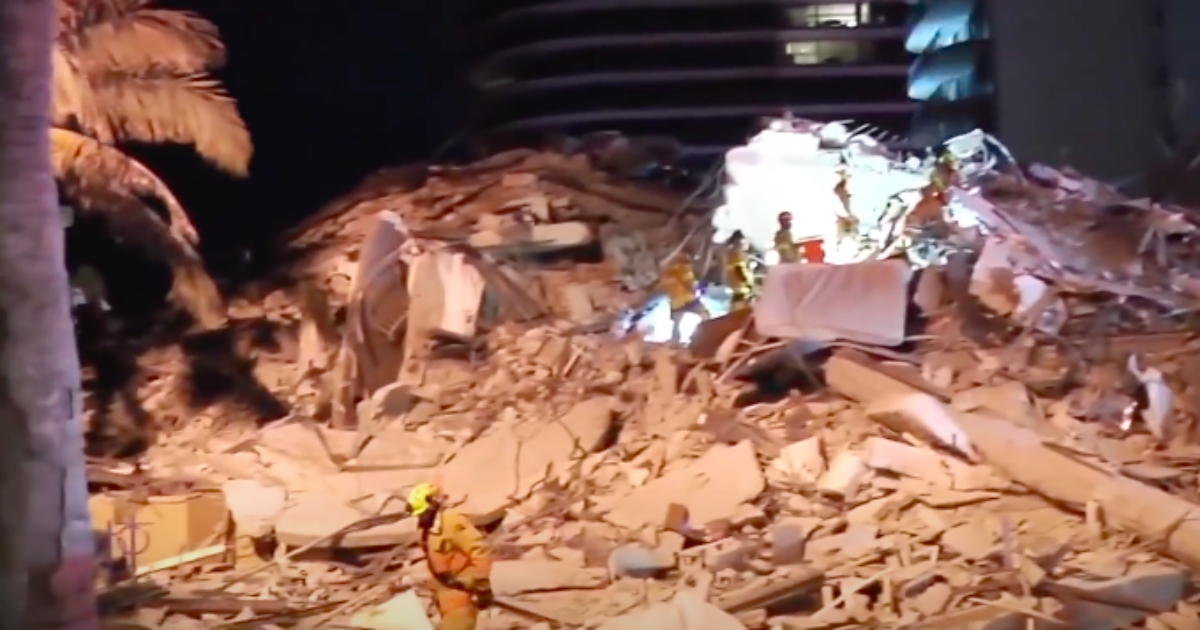 Just north of Miami, in the nearby town of Surfside, there is a massive rescue effort underway as nearly 100 people remain unaccounted for in the wake of a residential high-rise’s collapse.

That number was nearly double the early estimate, having risen dramatically on Thursday afternoon as more information became available to those leading the effort.

The late-night collapse, which was captured on video by a nearby surveillance camera, appeared to be a sudden, freak accident, but new information seems to indicate that there might be more to this story.

A Florida high rise that collapsed early Thursday was determined to be unstable a year ago, according to a researcher at Florida International University.

The building, which was constructed in 1981, has been sinking at an alarming rate since the 1990s, according to a 2020 study conducted by Shimon Wdowinski, a professor in the Department of Earth and Environment.

When Wdowinski saw the news that the Champlain Towers South condominium in Surfside had collapsed, he instantly remembered it from the study, he said.

“I looked at it this morning and said, ‘Oh my god.’ We did detect that,” he said.

But not everyone agreed with the assessment.

Wdowinski said his research is not meant to suggest certainty about what caused the collapse. The building was sinking at a rate of about 2 millimeters a year in the 1990s, and could have slowed or accelerated in the time since, he said.

In his experience, even the level of sinking observed in the 1990s typically results in impacts to buildings and their structures, Wdowinski said. He believes that very well could have been the case for the Champlain building in the 1990s, based on his findings.

“It was a byproduct of analyzing the data. We saw this building had some kind of unusual movement,” Wdownski said.

But Daniel Deitch, who served as Surfside’s mayor from 2010-2020, warned against drawing conclusions too soon.

“This is an extraordinarily unusual event and it is dangerous and counterproductive to speculate on its cause,” he said.

The investigation into the collapse is ongoing.