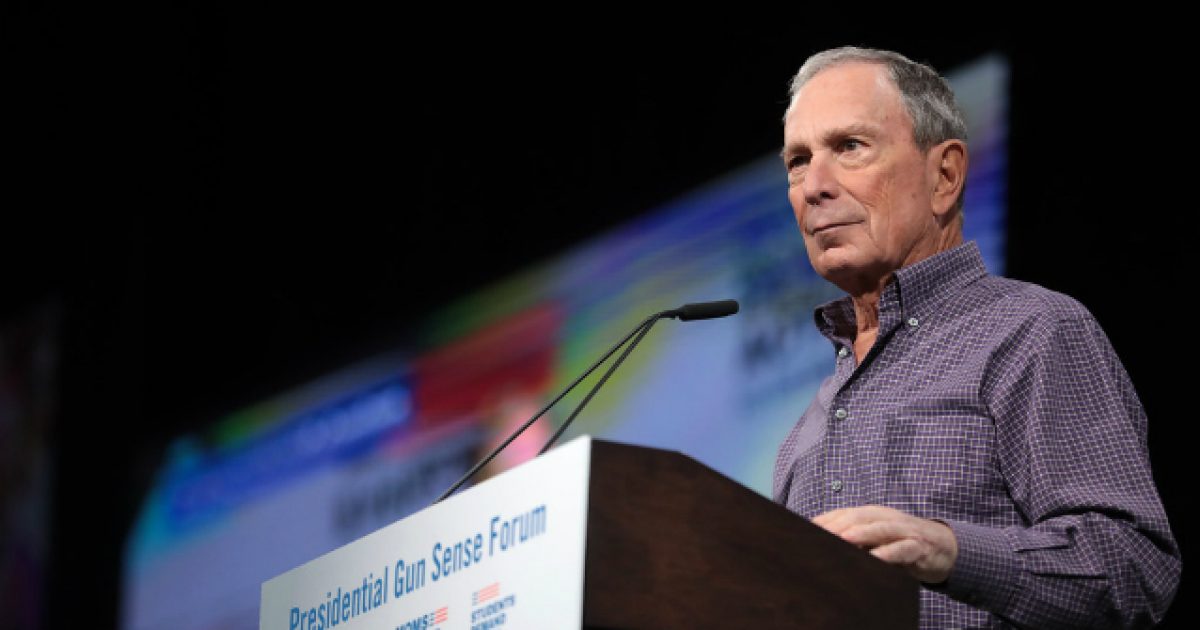 Michael Bloomberg has now become the walking definition of “flushing money down the toilet” as he has ended his obscenely expensive presidential campaign in light of the results of Super Tuesday, opting to put his support behind Joe Biden for president.

Many folks believe that Bloomberg, who is a billionaire, attempted to buy the Democratic presidential nomination by spending millions of dollars on massive ad blitzes and other means to try and get folks to vote for him and earn delegates.

His strategy did not at all pay off. Some of that may have had a lot to do with the racist, sexist comments that were unearthed from speeches he delivered in the past.

His announcement comes as early results in Super Tuesday states show that he failed to become the choice of centrists as dropout candidates and Democratic leaders coalesced around the former vice president in the days before the Tuesday contests.

“I’m a believer in using data to inform decisions. After yesterday’s results, the delegate math has become virtually impossible — and a viable path to the nomination no longer exists,” Bloomberg said in a statement Wednesday.

“I’ve always believed that defeating Donald Trump starts with uniting behind the candidate with the best shot to do it. After yesterday’s vote, it is clear that candidate is my friend and a great American, Joe Biden,” Bloomberg said.

It seems pretty clear that the Democratic Party is coming out in full force against Democratic Socialist Bernie Sanders, recognizing that his extreme left-wing positions could cost them the general election against President Donald Trump.