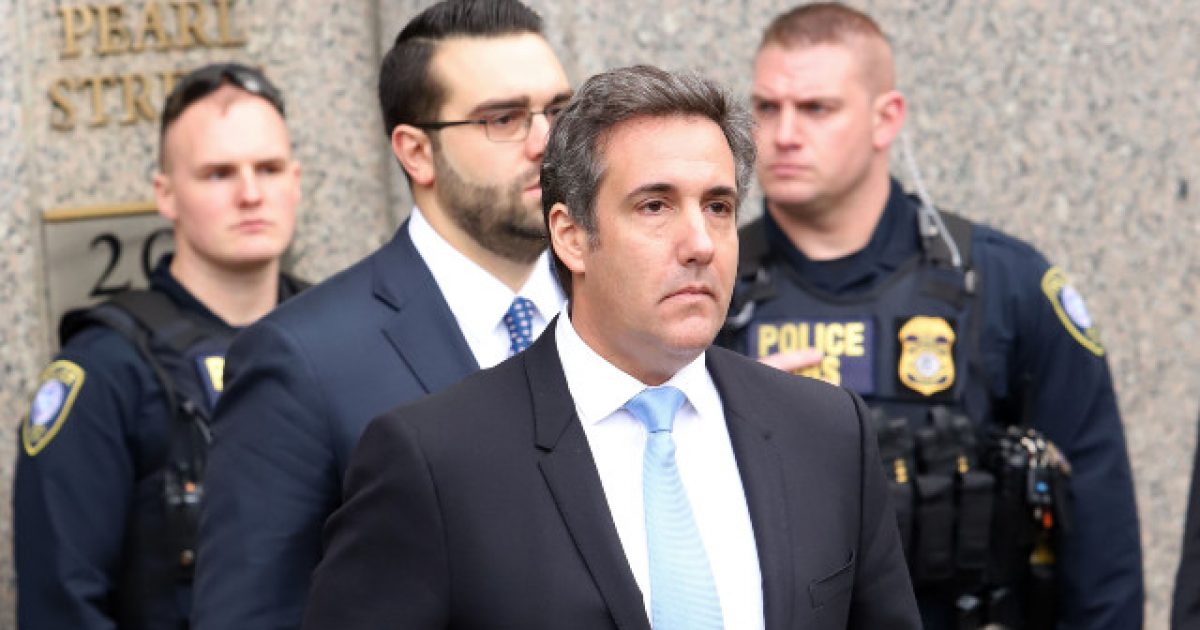 Michael Cohen has been a busy boy behind bars, apparently having penned a tell-all book where he plans to “spill the beans” on President Trump. He plans to have the book released before the 2020 presidential election.

If you remember, Cohen spent a lot of time as Trump’s personal attorney. Strangely, Cohen is really good friends with actor Tom Arnold and has told the “comedian” that he doesn’t plan to hold anything back.

“It’s like Jaws — you don’t see Jaws very much, but you hear the music, and for Trump, he knows Michael is coming and Trump better hear the Jaws music,” Arnold said. “He told me he’s been writing a book and he’s pissed. He told me he is going to spill the beans. What has he got to lose now?”

“Michael’s stories about Trump are incredible. He has saved a lot of them for when the time is right and the time is now right. Michael spent a long time with Trump — he is going to go into everything, and he’s not going to hold anything back. He has paid his dues, and he’s pissed he had to go to jail for this,” a person close to Cohen said.

Cohen began serving his time in prison a year ago after pleading guilty to charges of bank fraud, lying to Congress, and illegal campaign contributions. Cohen is set to be released early from prison due to the COVID-19 pandemic, serving out the rest of his three-year prison sentence at home.

This reeks of revenge, which means the content included in this book will be highly suspect for accuracy. Someone like Cohen has an axe to grind and will no doubt look to somehow reinvigorate some sort of career in order to make money.

What better way to do that than by attacking Trump? It’s easy cash in this day and age.