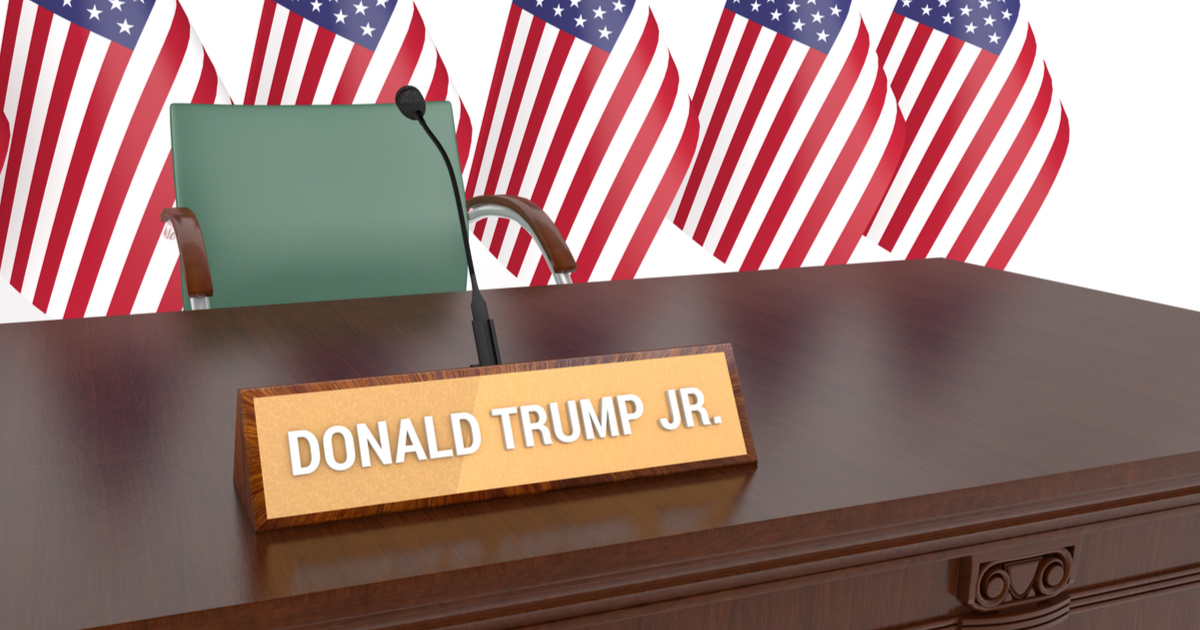 In the topsy-turvy world of President Donald Trump, it has been a trying and tumultuous week.

The President has been inundated with news out fo the Robert Mueller investigation over the course of the last few days, thanks in no small part to the continued singing of former attorney Michael Cohen.  Cohen, who served the President as a sort of “fixer”, has flipped, so to speak, and is cooperating with Mueller in earnest.

The President still fully believes that Mueller’s probe is nothing more than a witch hunt, however, and, for his part, has remained stoic if not annoyed in the face of these latest developments.

The President’s son, however, may be finding himself a bit frazzled in the coming days.

Donald Trump Jr.’s testimony to Congress about his family’s real estate negotiations with powerful Russians does not comport with the new version laid out by Donald Trump’s ex-attorney Michael Cohen, official transcripts show.

Trump Jr. told the Senate Judiciary Committee in September 2017 that although there had been negotiations surrounding a prospective Trump Tower in Moscow, they concluded without result “at the end” of 2014.

“Certainly not ’16,” he said. “There was never a definitive end to it. It just died of deal fatigue.”

Trump’s account contrasts with the new version of events given by Cohen on Thursday in a guilty plea in federal court. In that new version, Cohen says the discussions with at least one Russian government official and others in Moscow continued through June 2016, well into Trump’s presidential campaign.

Cohen initially told Congress he reached out to a spokesman for Russian President Vladimir Putin and didn’t hear back. On Thursday, his guilty plea acknowledged that he had heard back and that other negotiations with other Russians went forward.

There has been no word yet as to whether or not these revelations will results in criminal charges.