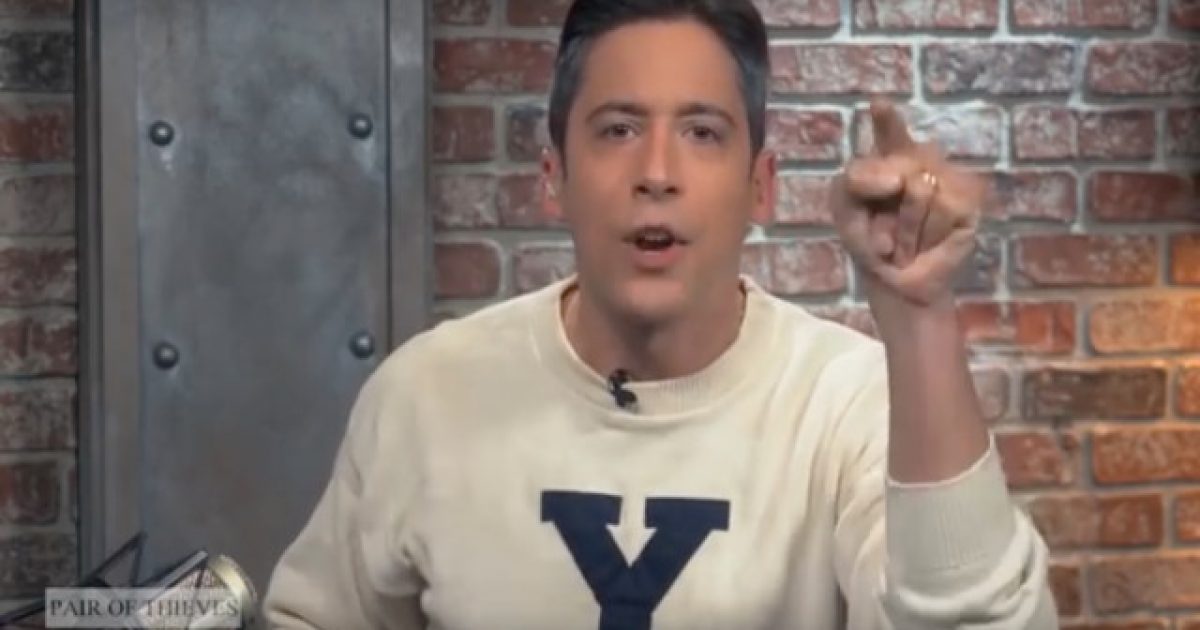 The Daily Wire’s Michael Knowles came out with both barrels blazing on his show on Wednesday, sending proverbial fire at CNN host Don Lemon, mocking him mercilessly and took him to the woodshed over his spouting “sheer uninformed racism” on the network.

Knowles played a clip from Lemon claiming the following:

He played a clip of CNN anchor Don Lemon claiming, “So, we have to stop demonizing people and realize the biggest terror threat in this country is white men, most of them radicalized to the right. And we have to start doing something about them.”

The hypocrisy and irony of the statement did not escape Knowles who fired back with this:

“We have to stop demonizing people and remember that white men are evil,” Knowles responded. “We have to stop demonizing people and we need a travel ban on white men. By the way, I don’t think a travel ban is going to do a lot. The white men are already here. The white men are in your midst. They are already in the country. Who knows even where to begin on this, because just on the point, I hate even to bring it up, but Don Lemon brought it up so I have to answer. Just on the point, he’s saying that the great terror threat in America is from white men.”

Knowles pointed out that recent statistics are showing that crime is at a 30-year low, despite the fact that the Left is claiming that crime is on the rise. “I think it’s just a bias of living in the present and of watching media and reading the newspapers,” he opined.

“Obviously, Don Lemon is not a serious person,” Knowles said. “Don Lemon is the guy that when that Malaysian jetliner went down in 2014, you remember it was this bizarre mystery nobody knew where the Malaysian jet was. It was Don Lemon who went on television and suggested that there was a supernatural cause, that the jetliner was abducted by aliens or something.”

Knowles continued, “We have known for at least four years that Don Lemon is not a serious person, but it’s very easy to mock him and other media figures when they’re suggesting that E.T. abducted a jetliner full of 200 people. It’s a little more frustrating when he starts spouting just sheer racism, sheer uninformed racism on CNN but that’s the left for you.”

Here’s a video clip of the segment so you can get a fuller picture of what went down.

There’s this myth being perpetrated by the left in this country that says racism can only occur when prejudice is combined with power. This is how people like Lemon attempt to justify racism coming from minorities. It’s a cultural Marxist principle and liberals in the modern world have gotten exceedingly good at employing it to further their own agenda.

Perhaps one day, racism as a whole will be something we can all agree is wrong and learn to live in peace.