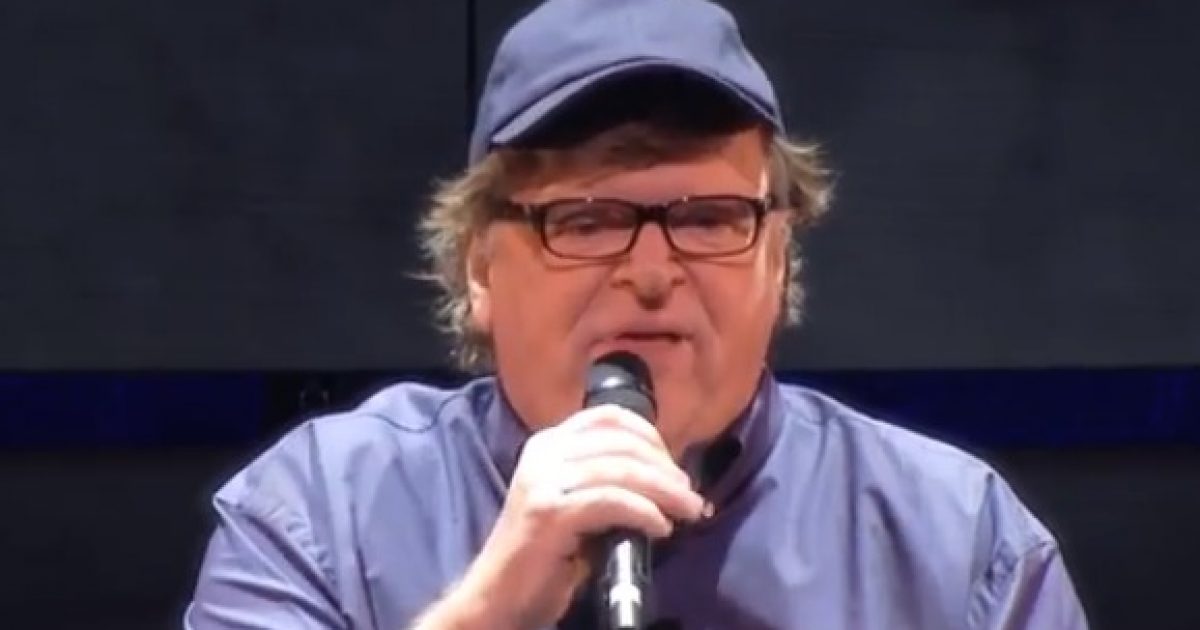 It can be difficult at times to fully grasp what exactly the liberal left are blathering on about.

On one hand, they tout diversity as though it was some sort of achievement that only they can help us unlock, while, at the same time, they spend innumerable resources attempting to curb free speech in America by blackballing conservative viewpoints.  How can they claim that they exude the tenants of inclusion when they so clearly wish to shun half of our nation?

Then, when it comes to immigration, they urge Europe to take a hard stance against unfettered borders while simultaneously railing against President Trump’s plan to secure the nation in a similar fashion.

Now, Michael Moore’s latest commentary has us asking ourselves whether or not he lives in the same nation as we do.

Wednesday on MSNBC,  documentary filmmaker Michael Moore called on society to treat racists and misogynists the same way smokers were treated 20 years ago so they will disappear and “build a better country.”

“You can’t build a bridge to a racist or a misogynist. You know, they have to be shunned and treated like we treated smokers 20 years ago, 10 years ago,” Moore told MSNBC’s Ali Velshi. “I walked down the street the other day with my sister and I said, ‘Let’s just see how long we can go before we see somebody smoking.’ Not the people sitting outside the building, desperate to grab five minutes. But we’re literally walking down the street, we walked 10, 20 minutes, there was never a smoker.”

Michael Moore is insinuating that Americans are currently not shunning misogynists and racists, which is a complete and utter mockery of our values.

Moore is telling the world, “now that President Trump has taken office, we are a nation of evil”, and that simply isn’t true.  Conservatives and liberals alike despise these, and any forms of bigotry, discrimination, and hate.  It’s built into our nation’s DNA with the words “all men are created equal”.  That phrase doesn’t mean “males”, the terms mean “mankind”.

If Michael Moore thinks that we are in favor of hate and division, he may need to take another look at who America truly is.

Man with Handgun Takes Out 700lb Bear in Pennsylvania