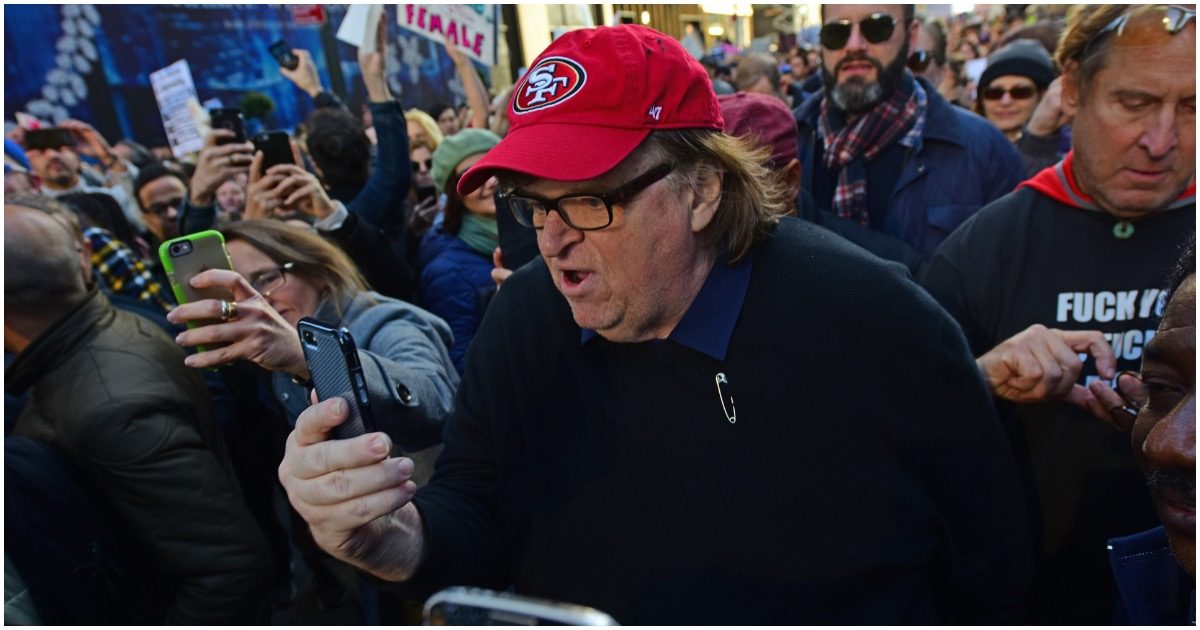 What Democrats love doing more than anything is dividing people based on class and race. According to radically far-left filmmaker Michael Moore, like all lefties, white men in America are the enemy.

In a new interview, Moore warns that people should be afraid of white men who voted for President Trump in 2016. They are bad people. Those are his words. And the media will continue to back him.

“Two-thirds of all white guys voted for Trump. These are not good people. You should be afraid of them”

@MMFlint You should be ashamed of yourself, your statement is ridiculous and hateful

“Two-thirds of all white guys voted for Trump. These are not good people. You should be afraid of them”@MMFlint You should be ashamed of yourself, your statement is ridiculous and hateful pic.twitter.com/cBjz24dLFR

There’s a fairly decent chance Rep. Alexandria Ocasio-Cortez (D-NY) will run for president in 2024, even if Democrats somehow manage to defeat Trump in 2020.

The momentum, for whatever reason, is on her side. Thanks, MSM!

What does noted Trump-basher Moore think of Dems’ chances?