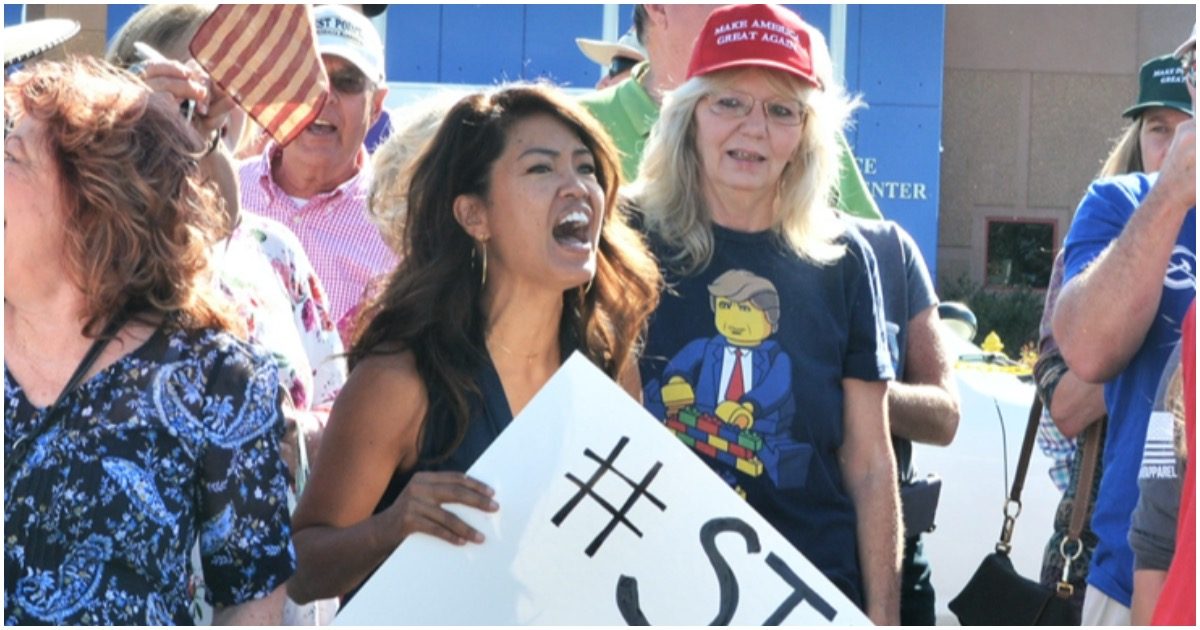 Michelle Malkin has been a strong conservative voice for a good while, now. However, because she’s a woman and a minority, she’s doubly evil to the left.

At a pro-police rally in Denver on Sunday, Michelle was apparently attacked by a radical leftist protester.

Things are getting out of control!

Dueling rallies in downtown Denver devolved into chaos and some violence Sunday afternoon as protesters crashed a pro-police rally in Civic Center.

The anti-police protesters greatly outnumbered the pro-police crowd, and moved into their rally’s space in the park’s amphitheater shortly after the demonstration supporting law enforcement started around 3 p.m.

“THIS IS GETTING OUT OF CONTROL” MALKIN ATTACKED@michellemalkin had been assaulted by a violent left wing extremist after a group of them charged the stage during a peaceful #BackTheBlue rally organised by patriots in Denver. https://t.co/XU7q6BPZsP pic.twitter.com/iy7PYZX4g6

.@michellemalkin and others were attacked on stage by antifa & BLM militants at a "Back the Blue" rally in Denver, Colo. A masked woman dressed in black bloc readies her collapsable baton. pic.twitter.com/hPbxeTj5hq

@michellemalkin This is what Michelle dealt with today in Denver while at a #backtheblue rally. An antifa group came to cause premeditated violence and injuries. This antifa woman brandished a collapsible baton in front of Michelle. pic.twitter.com/wUZA76pldz

So @jaredpolis @DenverPolice Chief Pazen, are you ok with pro-police patriots being swarmed, targeted and assaulted in a clearly orchestrated attack??? I caught it all on video and recorded the faces of the brutal animals. Please @realDonaldTrump – we need LAW & ORDER!!! S.O.S! https://t.co/sQYQyN8Rwz