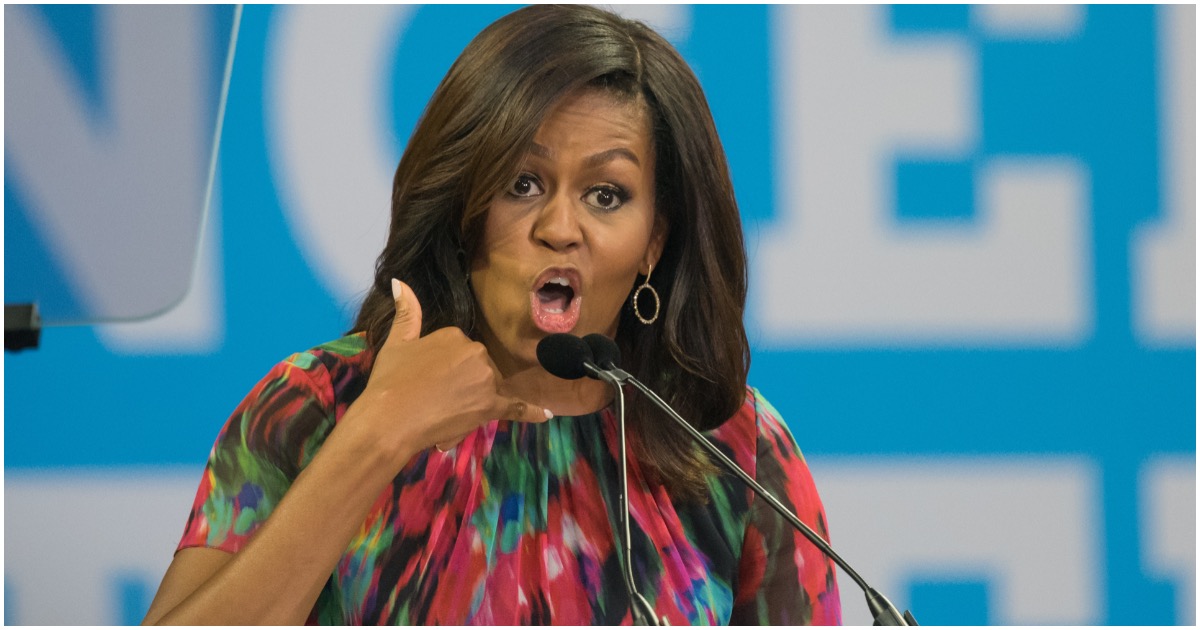 It’s always the richest that are gifted the nicest clothes, toys, and entertainment – regardless of whether that person is a Republican or Democrat.

Proving she’s entirely out of touch with husband Barack’s base, former FLOTUS Michelle Obama wore an outfit worth nearly $20,000 at a stop on her book tour.

The problem is the hypocrisy with Dems.

This is just the latest example…

For the first stop on the European leg of her book tour, the former FLOTUS, 55, arrived at the Royal Arena in Copenhagen, Denmark, wearing a millennial pink suit embellished with bursts of crystals by local label Stine Goya. The blazer retails for $1,350, while the matching pants go for $960.

But the bestselling author didn’t just relegate the glitz to her apparel; she finished things off with a pair of mega-carat earrings. Obama wore a pair of $16,250 diamond hoops from Vhernier’s “Pop” collection, currently available for purchase at the label’s boutiques nationwide.

Michelle says President Trump has put her “family’s safety at risk” in an excerpt from her book.

Because she’s trying to sell a book, no doubt.

Trump explains how Obama depleted the military during his eight years in the Oval Office. Michelle, it would seem, is seeking to make headlines.

She is smart. Very smart.

Like, smarter than every person she’s ever been around. At least, that’s how she made it sound.

Michelle added, “We mistakenly thought that Barack Obama was going to erase hundreds of years in history in eight years—that’s ridiculous to think that could happen.”