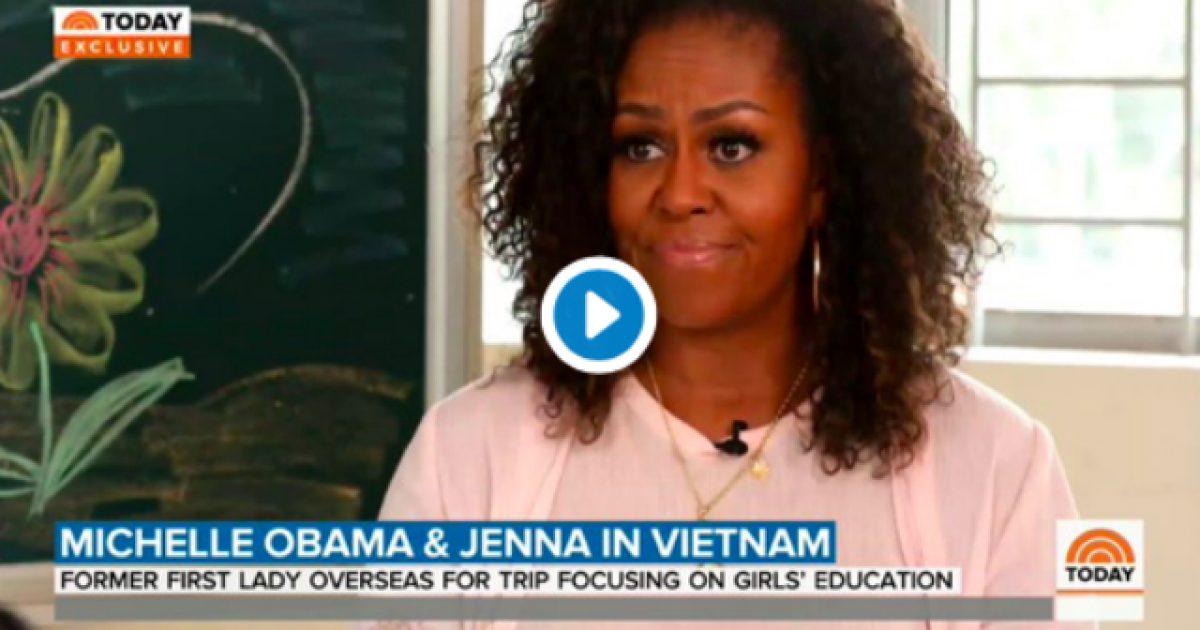 Former First Lady Michelle Obama recently opened up and expressed her thoughts on the current impeachment inquiry against President Donald Trump, stating she feels the whole thing is “surreal.”

Obama recently conducted an interview with NBC’s “Today Show” where she spoke with Jenna Bush Hager. During the course of the interview, Obama said she is optimistic the division ripping through America will eventually subside.

The daughter of former President George W. Bush asked Obama whether the country can come back from the divisive situation unfolding in Washington, D.C., as polls show Americans largely split along party lines on impeachment.

“It’s surreal, I think,” said Obama, speaking from Vietnam, where she is on a trip to promote the education of young girls.

“For the last impeachment hearing [in 1998], a lot of young people weren’t around for that. I don’t think people know what to make of it. But do I think we can come back from it? Oh yeah.

“We’ve seen worse times, we’ve seen tough times in this country. You know, we’ve gone through depressions and wars and bombings and terrorist attacks, and we’ve gone through Jim Crow, and we’ve always come out stronger. And that’s what we have to continue to believe because what’s our choice? To ball up in a corner and call it a day? Well, that’s not fair to this next generation that’s coming before us that are counting on us to get this right,” Obama continued.

Obama said the country should not view the impeachment inquiry as a battle of “us or them” or of Democrats against Republicans.

Obama concluded by saying, “We are all here as part of this country. We all want the same things, it’s just sometimes that gets lost in the noise.”