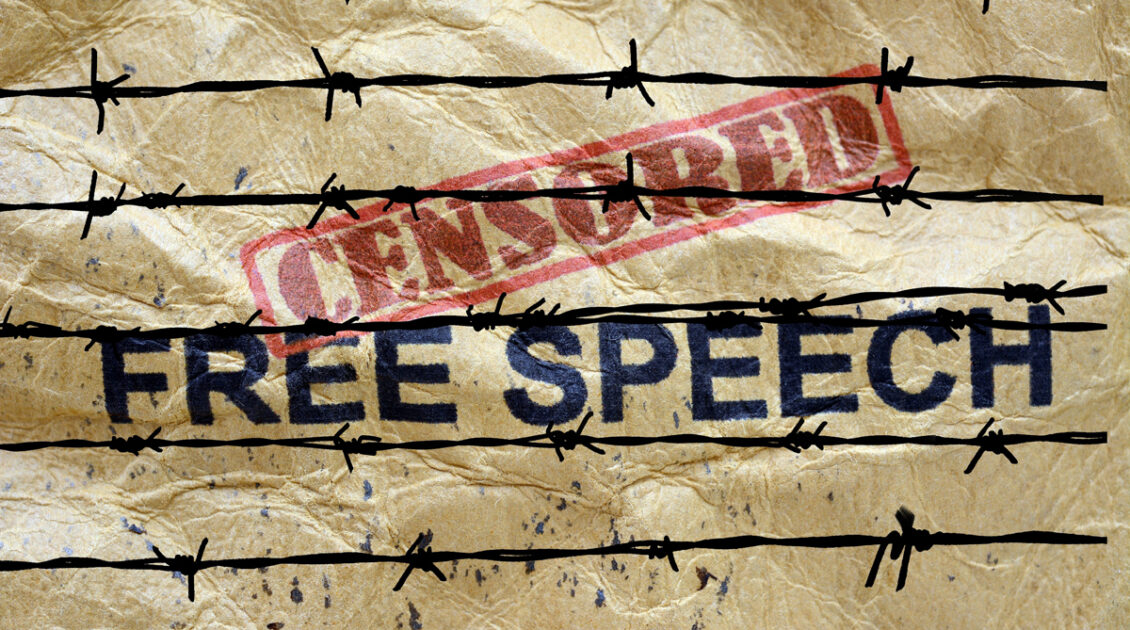 A court in Michigan has ruled that hurting a liberal’s feelings on social media is exactly the same thing as committing a terrorist act.

The case is part of an attack on a former student from Michigan’s Lake Superior State University who was arrested for posting a photo of a rifle on social media to which he added a caption saying that the gun was a “snowflake melter.”

In January of last year, 20-year-old Lucas Gerhard posted the photo of his rifle to his social media account saying, “Taking this bad boy up. This ought to make the snowflakes melt a — and I mean snowflakes as in snow.”

It wasn’t long before a leftist fellow student complained to school authorities that she didn’t “feel safe” because of the post.

Soon enough the campus police were demanding to search the student’s college dorm room. Yet, when Gerhard gave permission, they found no threatening weapons.

While his social media comment was probably not a smart move, the police also found no indication whatever that the student was a danger to anyone, meant to threaten anyone, or intended to use his rifle to hurt other students. But the campus police called the Sault Sainte Marie Police Department, anyway, to have Gerhard removed from the campus and claimed without proof that he threatened the lives of the student body.

Worse, the state began prosecuting Gerhard claiming he was a terrorist. Despite a complete lack of any evidence proving their contention, prosecutors insisted that Gerhard meant to convey that “melting snowflakes” was a threat of a mass shooting.

Meanwhile, Gerhard denied making any threats at all and said his social media post was just a joke.

The student’s family set up a GoFundMe page to help defer costs for this malicious prosecution.

The case has gotten worse because an appeals court has now upheld the previous ruling that making jokes on the Internet that are perceived as a threat is exactly the same as being a terrorist.

Now, state lawmakers are trying to take action to change the law to defeat the court’s moves to end both the First and Second Amendments. State representative John Reilly (R-Lake Orion) is working on new legislation that would head off the court’s interpretations of standing laws.

Several spoke out in support of Reilly’s effort.

“Last Friday, the Michigan Court of Appeals effectively revoked the First Amendment protection of every citizen of Michigan when it declared that your speech could be considered a criminal felony – based not upon the content of your speech, but on how anyone, including any left-wing lunatic, chooses to interpret it,” wrote Adam de Angeli of the Rescue Michigan Coalition.

“By judicial decree the Constitutional rights of all Michiganders are in serious danger,” said Rosanne Ponkowski, President of the Michigan Conservative Coalition. “Prosecutors can declare ‘open season’ on anybody whose speech they disagree with. This is unconstitutional, immoral, and extremely dangerous in today’s toxic political environment.”

“There was a time when our courts and political leaders would vigorously defend the right of free speech, including speech they disagree with,” she added. “It is time to stand up for the rights of every Michigander to speak.”