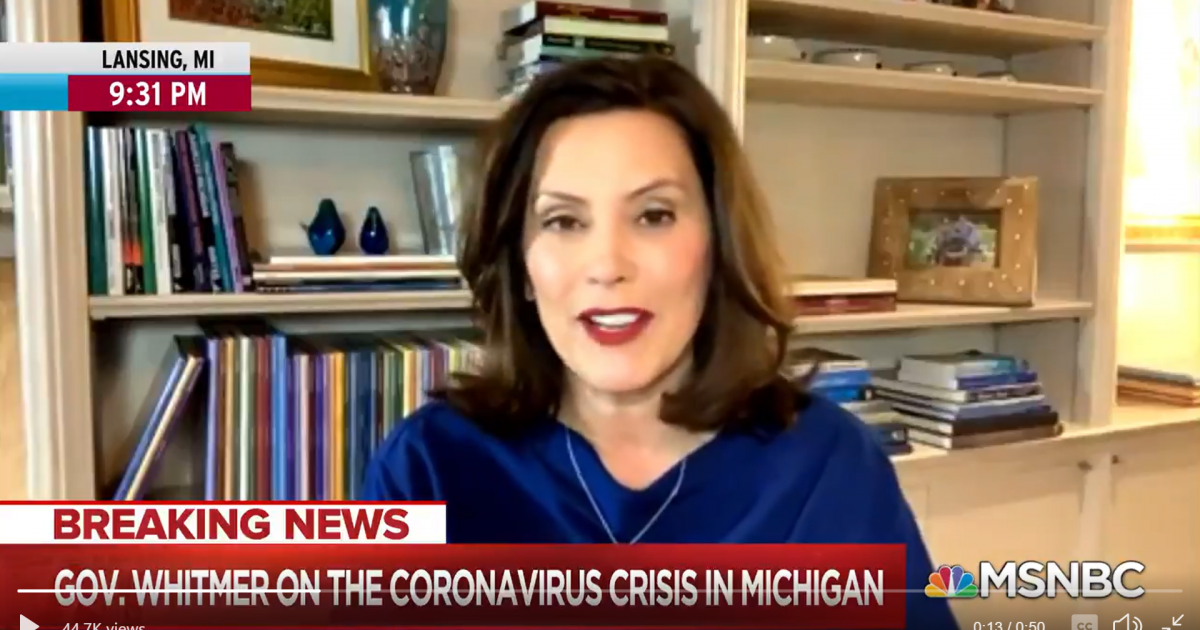 Democratic Gov. Gretchen Whitmer is going to end up going down in political history as one of the worst totalitarian villains to come out of the coronavirus crisis due to her strict and rather pointless social distancing restrictions and her refusal to listen to her constituents.

Recently, many folks in the state participated in “Operation Gridlock,” to protest against nonsensical restrictions like not being able to buy food seeds and clothing at the store and not being able to travel from residence to residence which effectively means people cannot check on the elderly or their loved ones.

Instead of addressing the concerns of the people, Whitmer is now threatening to extend the restrictions. Talk about being tone deaf.

Whitmer called the protest in the state’s capital “irresponsible” during a Thursday night interview with MSNBC host Rachel Maddow.

“We might have to actually think about extending stay-at-home orders, which is supposedly what they were protesting,” Whitmer said.

WATCH: Gov. Whitmer tells @Maddow that Wednesday's protest at Michigan's Capitol is the “kind of irresponsible action that puts us in this situation where we might have to actually think about extending stay-at-home orders, which is supposedly what they protesting." pic.twitter.com/WxVtTVEeia

The protest featured thousands of Michigan residents pouring into the streets of Lansing, demanding that the governor ease up on the restrictions and allow them to get back to work so they can provide for their families.

Whitmer is the perfect example of what an “elitist” looks like. She believes that she knows what’s best for everyone else, regardless of what they want to choose to do, and is thus forcing her belief that people won’t abide by proper guidelines onto others without giving them any other options.

This is the very definition of tyranny. What’s more terrifying is that Whitmer is on the short list of potential vice president candidates for Joe Biden.